Home Movies Aubrey Plaza auditioned for a role in the sequel to “Scream”, but... 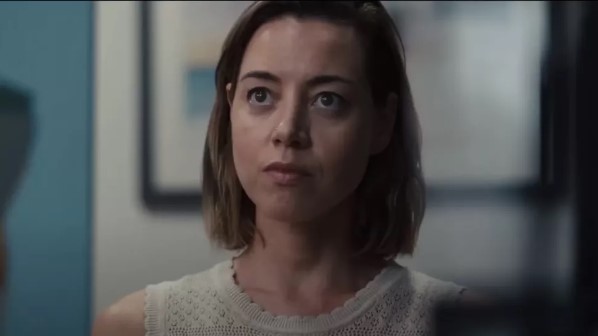 Aubrey Plaza is known for her deadpan demeanor when she played April Ludgate in Parks and Recreation. So, wouldn’t that make her an exact replica of the movie “Scream”? The 38-year-old actress talks about a time when she could have been the villain behind Ghostface, and it didn’t go down well.

Playing one of the scariest modern horror movie villains in the movie “Scream” is always a big acting challenge. You need to appear innocent to the audience only for the great discovery to become even more shocking for them towards the end. Believe it or not, Aubrey Plaza told Olivia Marks of British Vogue on Twitter that she actually auditioned for Scream 4. Watch how she hilariously tells the story below:

Aubrey Plaza did not tell me that she auditioned for a role in one of the films “Scream” and dressed up as a real killer.

The story goes that she was told she would audition to play a character who would eventually turn out to be a murderer. So, Plaza decided to go all out, dressing as sloppily as an undercover killer might look, in order to take down the unsuspecting identity of the killer. However, everyone around her looked glamorous. So, I think the casting directors preferred to pass the baton to Emma Roberts for this role, rather than an actress from Parks and Recreation. Maybe it would have been better, since this comedienne plays very well in the dark, and she would have given her away pretty quickly. Just like the identity of Ghostface revealed in Scream 5 was obviously the character of Mikey Madison, as this actress scared the audience by playing one of the hippies from Charles Manson’s “Family” in “Once Upon a Time in Hollywood.” How Plaza explained the situation:

I just remember that one of the previous auditions I had was for the role of Wes Craven in a remake of “Scream” or something like that. They told me: “You’re going to audition, you’re going to play a character who eventually finds out he’s a killer.” So I took it literally. And I thought: “Okay, I’ll dress up as a killer.” I walked in and looked awful, very sloppy. Because I thought I was a murderer. And everyone else was glamorous, and everyone looked great, and I looked just crazy. And they’re like, “The whole point is that we shouldn’t know that you’re a murderer.” You just look like a killer right away.” Anyway, I failed it.

This won’t be the first time Aubrey Plaza has demonstrated herself at an audition. During her audition in Dirty Grandpa for the role of the obscene Lenore, she appeared in front of the casting directors, lighting up her ass and talking dirty to them, only to leave cleanly. Obviously, the casting directors were really impressed with how she lived the role. Her co-star Robert De Niro didn’t even recognize her off-screen, as she played the wild character so well during their sex scenes together. The method used during the audition proves that you are offering casting directors a look at what they are getting into, which may or may not work in your favor.

Well, don’t be too sad about Aubrey Plaza. The biggest movie she has now was when she starred and co-produced Emily the Criminal, which premiered at Sundance in August. She will also join the cast of the second season of White Lotus. Not to mention that she has two upcoming films like Guy Ritchie’s Operation Fortune: Ruse de Guerre and Francis Ford Coppola’s Megapolis. So she has something to do before she turns up the future role of the villain.

The “Children’s Games” actress may not have had a better audition experience for “Scream 4,” but unsuccessful auditions can later become very interesting stories. Fortunately, Aubrey Plaza has many career opportunities.