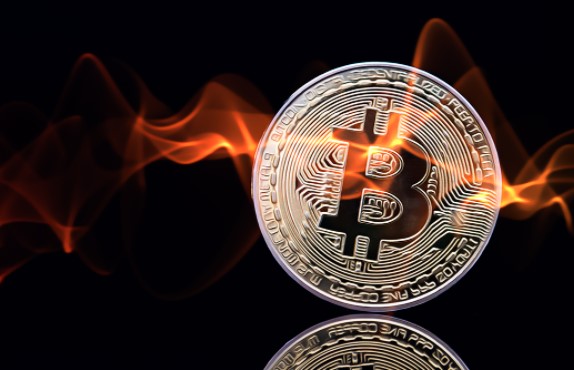 The leading cryptocurrency Bitcoin (BTC) has the potential to catch more increases this month as the market moves upwards. However, the famous analytics firm warned investors against this metric in Bitcoin with its latest statement.

Decentrader: Investors Should Be Careful

Bitcoin (BTC), the largest cryptocurrency in terms of market value, started a decline again after rising above $ 45,500 and fell to the level of $ 42,800.

In a recent statement about Bitcoin, analytics firm Decentrader stated that even though its on-chain metrics are giving rare bullish signals, there is a possibility of a drop in the lower timeframe.

So much so that the following statements were included in the continuation of the statements made by Decentrader;

“Bitcoin continues to trade at a relatively neutral level with clear resistance and support zones above and below.”

Acting in favor of the bulls can be viewed as a “neutral” sentiment rather than the “fear” zone at the moment and encouraging signs from the derivatives markets.

In addition to his statements, Decentrader also gave the following statements;

“Finally, we had a sustained period of negative funding rates, we saw the OI [open interest] decline over time, and more importantly, the Long/Short ratio was negative.”

On the other hand, a chart shared by the popular analytics company showed that under these rare conditions, the BTC/USD pair has attempted to rally three times since the end of 2020.

In its report, Decentrader also underlined that there are $47,950 and $52,660 resistance levels on both sides of the critical level where the latest collapse in the flagship cryptocurrency Bitcoin started.

On the other hand, popular crypto analyst and trader Crypto Ed shared his predictions about Bitcoin with his latest statements and said, “Nothing has changed.”

The analyst gave the following statements in the continuation of his statements;