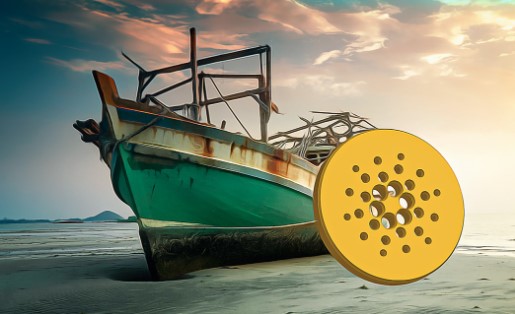 It has been suggested that Cardano’s cryptocurrency, ADA, has continued to grow since its significant price increase in September 2021.

According to the researches, it is stated that ADA has gained more than 2,000 new investors every day in the last month with its growth, new features and updates.

According to the data obtained by a research firm, it is stated that while there were 3,268,890 Cardano investors on April 19, this number reached 3,339,101 on May 19. He states that after this serious increase, the cryptocurrency reached a total of 70,211 new users with a daily average of 2,340 between the two specified dates.

However, Cardano’s whale transactions are claimed to have reached their highest level in 4 months as a result of acquisitions made by leading investors taking advantage of the decline.

It is stated that as a result of the interest of ADA, especially from large countries, 1,085 different transactions with a value exceeding $100,000 are among the announced data.

On the other hand, experts pointing out the situation of Cardano whales on May 13 as their most active time period, it is stated that after the serious depreciation on May 12, its price decreased to $ 0.40, and it has reached the highest level of whale transactions since January.

In addition, it is claimed that Cardano plans to take itself further in the crypto money world by adding over 70 smart contracts per week.

It has been claimed that Cardano is now preparing for the “hardfork” event, which is scheduled to take place in June 2022, in order to significantly increase the trading volume and liquidity.

However, data released by an analysis firm states that after ADA increased the number of wallet holders to over 3 million in February, it added 400 new Cardano-based projects and around 100,000 new wallets towards the end of the month.

Cardano is trading at $0.53 at the time of writing.

Gigantic Whales Are Betting On These 10 Altcoins: Here’s The List!

Tether: All Our Reserves Have Money