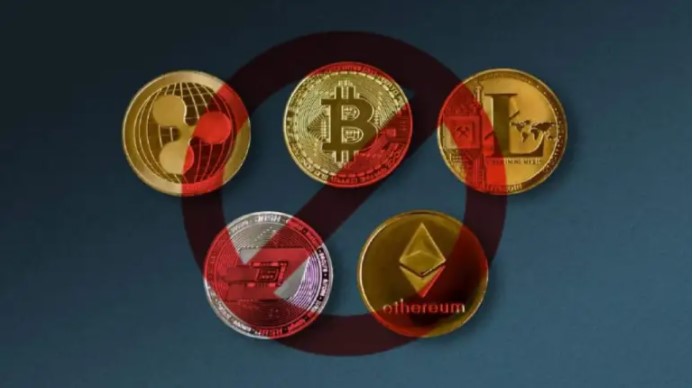 Crypto trading bans that started in China are spreading to other countries around the world. According to the latest reports, more than a thousand accounts dealing with cryptocurrency trading have been blocked in Pakistan.

The approach of the countries to the crypto universe began to differ gradually. While some states such as El Salvador have made cryptocurrencies legal money, some states, especially China, have started to limit and even make it impossible to transact in this market. In 2018, Pakistan banned trading in the cryptocurrency market, which he targeted, stating that President Recep Tayyip Erdogan would fight in Turkey. In this context, the bank accounts and credit cards of 1,064 people in Pakistan were interfered with by the state and closed to the access of account holders. In the statement made by the authorities, it was stated that a total of 300,000 dollars were processed in the confiscated accounts.

The law on the prohibition of Bitcoin trading, taken in 2018, is cited as the reason for this decision taken within the scope of the federal investigation. According to the law in question, Pakistani citizens are prohibited from trading crypto. On the other hand, it is estimated that there are a serious number of people who do not comply with this decision taken by the Central Bank of Pakistan. According to the estimates of the Federation of Pakistan Chambers of Commerce and Industry (FPCCI), the total crypto holdings in Pakistan are currently over $20 billion. FPCCI Chairman Nasir Hayat Magoon stated that there is a significant number of those who do not comply with the law and they continue their crypto transactions through peer-to-peer exchanges. He also stated that they see it as a big problem that these exchanges do not have transaction records and are not taxed. Nasir Hayat Magoon said that they wanted to make a regulation on the subject in the parliament.

Analysts Are Playing With This Altcoin: On The Verge Of Explosion!