Home Science Attempt to Unravel the Mystery of Dark Matter with Satellite Galaxies of... 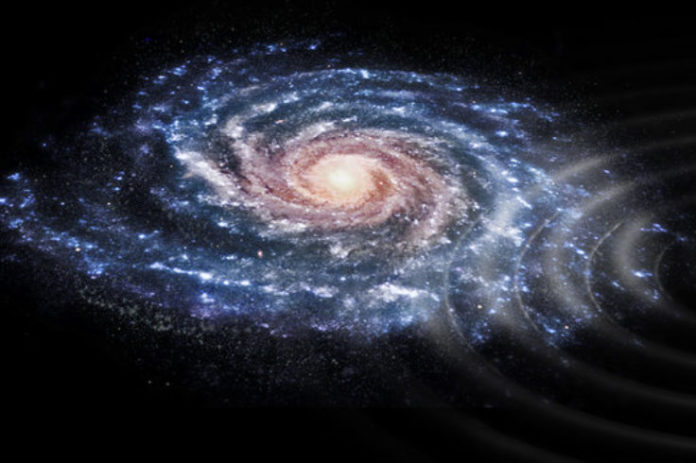 Studies on dark matter, one of the biggest mysteries in astronomy, continue. Researchers tried to test the dark matter theory with satellite galaxies of the Milky Way Galaxy.

Scientists who are trying to find the link between dark matter and galaxy formation have their own satellite when the Large Magellanic Cloud (LMC), a relatively large satellite galaxy visible from the Southern Hemisphere, according to the European Space Agency (ESA) Gaia mission data, first approached the Milky Way. had come to the conclusion that he brought at least six of his galaxies. According to recent studies, it was stated that the Milky Way can be used to test the basic properties of dark matter.

A team of researchers from the University of California, pioneered by physicists, conducted a study of the dark matter field, whose assets cannot be directly observed and can only be understood by the effects they cause in their environment. Using multi-faceted simulations, scientists pointed to the Self-Interacting Dark Matter (SIDM) Theory. It was concluded that this theory could explain the different distribution of dark matter in the Milcous Galaxy’s two satellite galaxies, Draco and Fornax.

Scientists have explored the dark matter:
The dark matter theory, called Cold Dark Matter (CDM), provides an explanation of the entire universe, including how it emerged within structures. However, the issue of explaining the various dark matter distributions in the galaxies for CDM is a long-standing challenge.

Question mark in dark matter distributions:
The Draco cluster is the one with the highest density of dark matter among the nine bright Milky Way satellite galaxies. Fornax has the lowest density. It is assumed in the CDM that dark matter particles do not collide and each galaxy is contained in a dark matter halo.

Professor of Physics Sales stated that the Milky Way’s satellite galaxies can provide tests of different dark matter theories and added: “We have shown that the effect between spontaneous interactive dark matter and tidal interactions can produce new signs in SIDM. This is not expected to be in common CDM theories. ”

The nature of dark matter is largely unknown. So much so that dark matter does not attract and reflect light, unlike normal matter; this is a factor that makes it difficult to detect. Many research groups, including physicists and astrophysicists, continue to work to identify dark matter particles, either directly or indirectly.