Home Entertainment Atrioc said that xQc’s lateness to “Juiced” was a “100% fake” marketing... 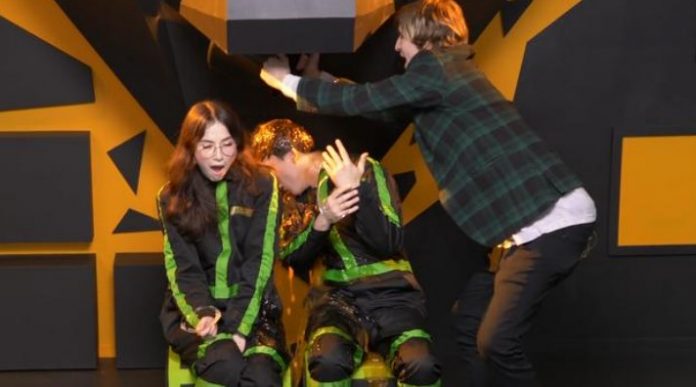 Brandon “Atrioc” Ewing went live the day after the first episode of “Juiced” aired to reveal that xQc being late for a flight and late for the show was a marketing ploy orchestrated by Offbrand.

On September 27, a major Internet star Ludwig announced his new creative agency Offbrand, which he founded together with three other content creators Nathan Stanz, Nick Allen and Atriok.

But we did get his stream key so..

Alongside this announcement was a live xQc show on Twitch inspired by Nickelodeon, “Juiced,” where pairs of content creators battled in wacky games and challenging trivia contests. And on September 30, the first episode of the six-part series will air, but not without a slight hitch.

The show started 40 minutes late, and according to viewers, the delay was caused by the fact that xQc was late for its flight. However, the next day Atrioc went on the air to show that the delay was half artificial and that xQc actually arrived on time.

xQc’s lateness to “Juiced” was “100% Fake”
On October 1, Atriok will go live on Twitch to discuss the first episode of “Juiced” with his viewers, as he had a hand in creating the show. About the 14th minute of his stream, he blabbed.

The Google Pixel 6 will have its own processor

The 90-day Groom: the times when viewers sided with Angela, not...