Home Entertainment Atreus from God of War Ragnarok, who took the initiative, means the... 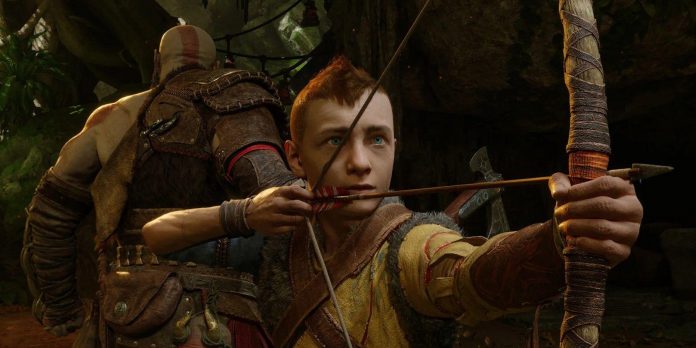 Despite the fact that players’ expectations for God of War: Ragnarok have been high since the release of the last part of the franchise in 2018, there has been a noticeable increase in hype over the past few months. As the release of the game on November 9 on PS4 and PS5 is fast approaching, it is not surprising that Santa Monica Studio has become more comfortable in this atmosphere. The September presentation of State of Play and the exciting cinematic story trailer of the game perfectly demonstrate this.

During what was only the second in-game cinematic trailer for God of War: Ragnarok, Santa Monica Studio teased several storylines of its sequel. While it goes without saying that the full experience will include more, players now have a good idea of the adventures that await Kratos and Atreus. The fame of the latter in the video, in particular, can be perceived as a sign that one fan theory about the death of Kratos is about to come true.

Since the very last moments of the God of War 2018 plot, fans have been worried about the future of the main deities. It is fair to say that for several good reasons, these fears were justified. Fighting bravely to bring Faye’s ashes to the peaks of Jotunheim, Kratos was rewarded with an image of his own apparent demise. Along one of the walls of the kingdom was painted a fresco depicting a man who looked like the Greek god of war, dying in the arms of a young archer.

Despite the fact that the image was presented deliberately vague, it prompted some fans to suggest that Atreus could have played a role in the final downfall of his father. Santa Monica Studio’s decision to show that the giants called the young demigod Loki, right after the mural scene, reinforced this theory for many fans. Despite the fact that the stories of Scandinavian mythology are often open to interpretation, modern adaptations portray the god of mischief as something of an antagonist.

Aside from the fact that Atreus was apparently predicted to end Kratos’ life, there were subtle hints in other aspects of the series. For example, now that it has been confirmed that God of War: Ragnarok will put an end to the Scandinavian saga of the franchise, some fans have suggested that its main character can be sent to pasture so that a younger hero can play instead. This would also make sense, since the path of rehabilitation and redemption that Kratos is now following has ended in tragedy for countless other characters.

Atreus, the leader of the group

Although all of them may turn out to be deliberate attempts by Santa Monica Studios to mislead, parts of the recent State of Play trailer confirm the theories that fans had about Kratos’ death. Throughout the video, it becomes clear that Atreus was fascinated by his alter ego Loki, and that he would be the one to lead the attack to prevent Ragnarok. It follows from the lines of the dialogue that the plans in which he and Kratos were involved came mainly from his own mind.

There were other hints that this dynamic would come to the fore. For example, the trailer that the studio shared at the latest Sony PlayStation Showcase presentation also showed that the idea to free Tyr apparently came from Atreus. Based on Loki’s family ties to Fenrir in Norse mythology, it goes without saying that the scenes involving the giant wolf in the State of Play trailer also arose because of Atreus’ plans.

Although Kratos has expressed his disapproval of his son’s plans and motives in both God of War Ragnarok trailers, which is especially important, in the latter he states that he will still follow him no matter what. Obeying Atreus’ every whim is, in his opinion, the easiest way to ensure the boy’s safety. However, this reluctance to follow Atreus without question could be what the Jotunheim fresco had been predicting all along.

Although much has been said about Atreus physically killing his father, from a mythological point of view it would be more appropriate if this action were a little more symbolic. Blindly following the boy and all his whims can make Kratos vulnerable to an external attack or a conspiracy to destroy him. Despite the fact that Atreus will not strike a decisive blow in this scenario, he will still be partially responsible for the death of his father.

The trailer for God of War: Ragnarok State of Play also shows a possible way this could happen. The video shows that Atreus started keeping secrets from his father. Perhaps fueled by Kratos’ unwillingness to reveal his divinity in the 2018 release, the boy apparently began working towards achieving the couple’s goals on his own.