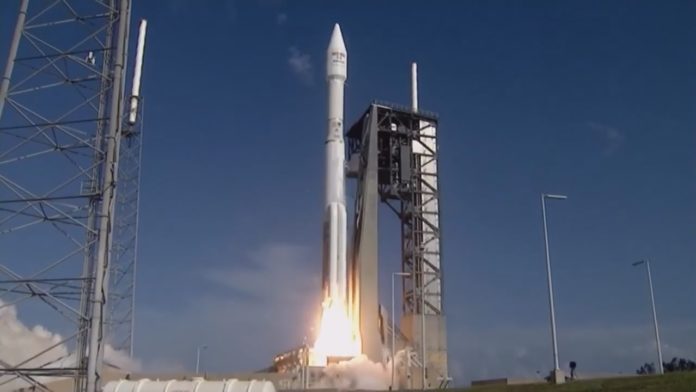 The US Space Force said in a statement on Twitter that its first rockets were launched with communication satellites. Launching in Florida has been successful despite the coronavirus outbreak.

In December of last year, US President Donald Trump approved the 2020 defense budget, also known as the National Defense Authorization Act, and the U.S. Space Force Command was officially launched. In a statement made shortly before the official Twitter account of this institution, a rocket carrying communication satellites was launched from the Cape Canaveral Space Base.

Cape Canaveral Space Base, located in Florida, USA, is also known as a space beach, and many rockets and space shuttle are launched from this area. This rocket of the US Space Force, called Atlas V, was launched from this region.

Atlas V launched into space with more than 6 tons of load:
General John F. Thompson, Chief of Space and Missile Systems in California, announced that this rocket was sent to space, with satellites corresponding to a total weight of 6 thousand 168 kilograms, despite the coronavirus outbreak. As John F. Thompson pointed out, launching the rocket despite the virus surprised the space enthusiasts.

At this point, NASA had suspended most of its projects for a while due to an outbreak of coronavirus affecting the world. The fact that the US Space Force continues to implement its projects, while one of the world’s leading space agencies is in this situation, has surprised people.

The statement made yesterday by NASA, an asteroid’s closest approach to our planet is followed by a period of time the space agency with Turkey would do today reported 21.00. Space rock, which will pass 3.57 million kilometers from Earth, does not pose any threat to our planet. So there is nothing to worry about. To find out more about this topic, you can take a look at our news in this link.