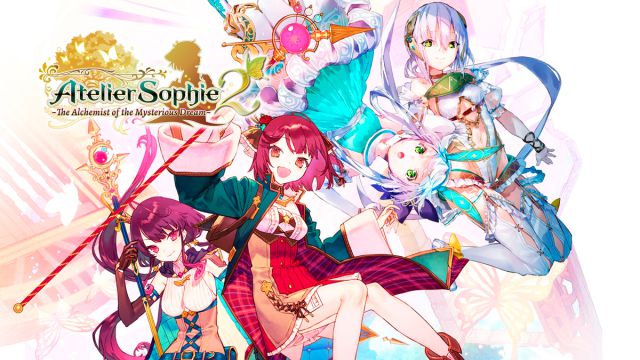 Atelier Sophie 2: We comment on what the first bars of the sequel to Atelier Sophie have given, which brings its protagonists back in a new adventure. The Atelier series has evolved over the years through its different installments that introduced not only new stories and characters but also new mechanics to facilitate progress in the game and also improvements on the technical level that have been especially noticeable. after the technical leap from PlayStation 2, with deliveries that offered 2D graphic style designs based on sprites, to PlayStation 3, already offering a fully 3D graphic section that was stylized through the Arland and Dusk trilogies.

Atelier Sophie, the first installment of the Mysterious trilogy, was the next technical step with a more refined graphic style, offering much more affordable progress and less restricted in terms of time constraints, something that would be the touchstone to continue improvements. in later installments of the series, including the two recent installments of Atelier Ryza that have served to catapult the popularity of the saga. This time we offer the impressions left by the next game in the franchise, Atelier Sophie 2, which features the return of Sophie Neuenmuller in a new adventure.

The game begins with Sophie and Plachta starting their journey after leaving Kirchen Bell and her friends behind, as they go in search of a mysterious tree that Sophie has seen in her dreams and is even able to follow the path to it with ease. . After finding it, a mysterious vortex ends up dragging both of them inside her, in the case of the young alchemist futilely trying to rescue her partner. Sophie wakes up to find two young people, Alette and her friend Pirka, who inform her that she is in Erde Wierge, the world of dreams. With the help of Alette, Sophie begins the search for Plachta who has disappeared without a trace, finding a clue through Olie, a young man who works as a bodyguard, who tells her about the alchemist of the Atelier located on the outskirts of the city and which is also called Plachta. From that moment, Sophie’s mysterious adventure in the world of dreams will begin.

One of the first locations in the game is the city of Roytale, where the adventure begins when you take control of Sophie, which is divided into several sectors with a considerable width and whose design is quite striking, mixing rural details with natural elements. and beautiful locations that can be admired throughout the game. It is in this city that the first allies of the adventure Alette and Olie will meet, who will join the combat group later, being the first an expert in close combat techniques and the second making use of his skills with the rifle, in addition to offer some places of interest in the course of the adventure. One of them will be the Krystal Sparkle Pavilion, a meeting place for adventurers where you will have the option of accepting different types of assignments to get money, or the Pirka Emporium where you can buy different materials and objects. in addition to accessing other options.