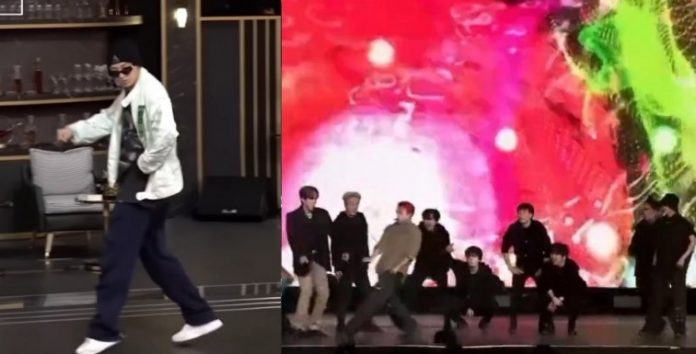 On an online community forum, a netizen user uploaded a post containing a funk of ATEEZ’s Uena dancing part of their song “Say My Name” during a dance break in “The Real”. This movement was preceded by Uen, who made the “copy” gesture used by street dancers to show that the next movement was originally created by another dancer.

The discussion started when fans noticed similarities between the dancer’s movements in Zico’s “New Thing” in “Street Man Fighter” and in ATEEZ’s “Say My Name”.

As you can see from the videos below, the “copy” gesture made by Uen is mainly used when he calls the opponent’s movements that are not original. In “Street Woman Fighter”, Gabi made the same gesture after YGX copied her movements by taking off her pants.

J-Hope and Suga meet to live with ARMY and talk about...