Home Entertainment ATEEZ Announces That Jongho Is Hurt, Will He Be In The Comeback? 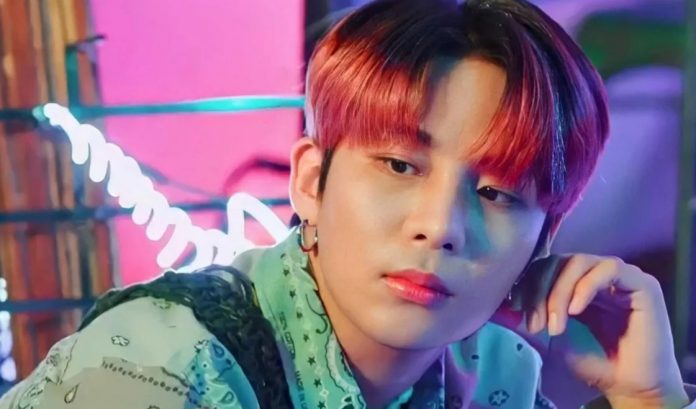 Jongho suffered an injury and must recover, when will ATEEZ idol return? KQ Entertainment, ATEEZ’s agency, issued a statement about Jongho’s health status, since the idol is injured, we hope that he will recover soon and will be able to step on the stage with his fellow members.

ATEEZ had been exciting ATINY with little tracks that seemed to announce the K-Pop group’s upcoming comeback, the fandom was full of theories until finally, the band confirmed that they would be returning very soon with ‘ZERO: FEVER Part 3’.

The world was excited about ATEEZ’s new comeback and hoped that very soon the new music of the idols would arrive so that they could enjoy all the talents of its members, Yunho, Seonghwa, San, Yeosang, Hongjoong, Wooyoung, Jongho, and Mingi. They are part of this great K-Pop band who have amazed with all their skills.

But it could be in doubt that we will see the 8 members of ATEEZ return to the stage for their next release as they have announced that Jongho suffered an injury and has to recover.

ATEEZ’S JONGHO IS HURT, ATINY CARES ABOUT THE IDOL

KQ Entertainment, the agency that is in charge of ATEEZ, announced that Jongho injured his knee, had a bit of discomfort and when he went to the doctor he was recommended to rest because it is a minor injury; Although he should not practice dancing and the company and ATEEZ decided that it is best for him to rest now so that he is ready on September 13 and can be in the comeback with his fellow members.

We hope that Jongho recovers soon and can return to the stage since it is what he loves the most as well as ATINY, it is good that it is only a slight injury and not something serious that requires surgery and just rest, so let’s hope everything is better very soon.

In other ATEEZ news, you can hear many of their most popular songs as you wait for their next comeback.