Home Entertainment At the moment, the bonus for the purchase of each Pokemon Scarlet... 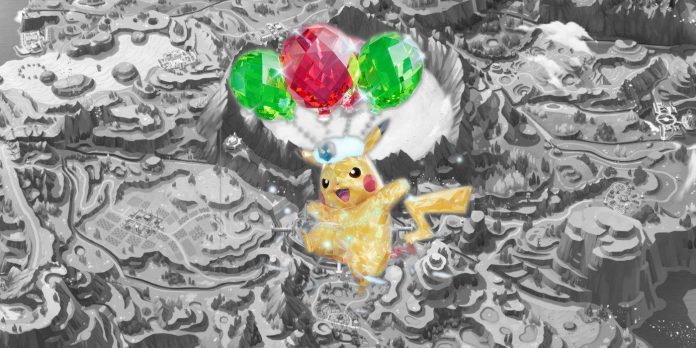 Game Freak and Nintendo are known for giving players purchase bonuses for their consumers, and Pokémon Scarlet and Violet will be no exception. These gifts are often pre-order bonuses, but can also be a bonus for buying digital copies of the game or certain versions of the game. Usually these gifts/bonuses are only available for a limited period of time, and more recently they could be downloaded from the Nintendo online store.

Bonuses for pre-ordering Pokémon games began with Pokémon Gold and Silver, where a CD with announcements of future products, wallpapers, music and a quiz was attached to the game. Other bonuses for player purchases in previous games included commemorative coins, Pokemon figurines, posters, key chains, game uniforms, in-game pokeballs and much more. Many of the previous pre-order bonuses varied depending on the country and the seller from whom the player purchased the game.

Future Scarlet and Violet will have a pre-order bonus as well as a general purchase bonus. Currently, all known purchase bonuses can be obtained in the game if there is a proper Internet connection. At the moment, no physical bonus has been announced for the pre-order. Purchase bonuses are available for both digital and physical purchases of Scarlet or Violet games.

At the moment, three bonuses have been announced for the purchase of Pokémon Scarlet and Violet

Bonuses for the purchase of Pokémon Scarlet and Violet were announced during Pokémon Presents on August 3. The bonus for the first purchase is available only if players pre-order the game in digital or physical copy. Those who will pre-order Scarlet and Violet will receive a special in—game Pikachu with a rare type of Flying Tera – the latest trick that gives the Pokemon Scarlet and Violet a crystallized appearance and can change its type during combat. This Pikachu will be available to players as soon as the “Mysterious Gifts” feature is unlocked, that is, after about 90 minutes of the game. Those who have pre-ordered can receive this Pikachu until February 28, 2023.

The other two purchase bonuses do not require players to pre-order games; however, each of them has its own conditions. Players who have purchased a digital copy of Pokémon Scarlet or Pokémon Violet will also receive an Adventure Set code, which can be activated using the Mystery Gift function in the game when connected to the Internet. The adventure set includes 10 potions, five full healings, three rebirths, three ethers, one rare candy and one nugget. They will be available at any time until March 7, 2023. Players who bought a Double Pack of Pokémon Scarlet and Violet, instead of choosing whether it will be a digital or physical copy, will also receive two codes for 100 Poké Balls each. You can get it using the Mystery Gift function in the game. The expiration date of this purchase bonus is unknown.

Purchase bonuses benefit both Nintendo and players by selling more copies of the game and giving players benefits from the start. Pokémon Scarlet and Violet have three currently known purchase bonuses for players who pre-order, purchase a digital copy, or purchase a double package. Although there is currently no known physical purchase bonus, such as a commemorative coin or keychain, there are still a couple of months left before the release of the game, when players can see more announced purchase bonuses.

Outlander Season 6: Changes in the series that altered the plot...