Home Entertainment At the moment everything is ready for Borderlands 4 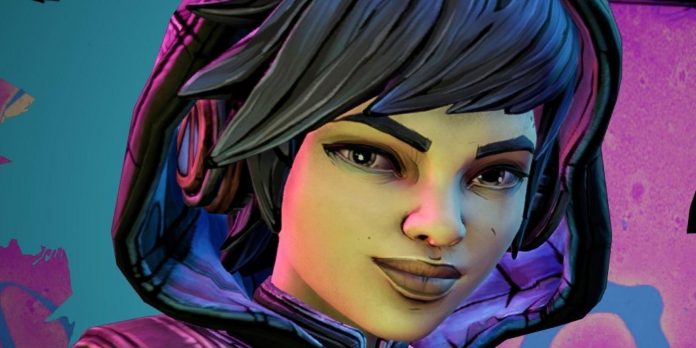 While Borderlands 3 was controversial due to some narrative decisions and the lack of traditional raid bosses, Gearbox has since done a great job of bringing fans back. The DLC for Borderlands 3 was generally excellent, and Tiny Tina’s Wonderlands proved to be a huge hit upon release, even if its own DLC left much to be desired. After the release of Tales from the Borderlands 2, requested by fans, it can be assumed that Borderlands 4 will be next, providing gamers with another important story within the main series.

Luckily for Gearbox, Borderlands 4 has a clear direction when it comes to storytelling, as well as a few potential side stories worth touching on. Although fans will undoubtedly learn more about the game and its plot as soon as it is officially announced and trailers are released, it is already possible to draw some theoretical conclusions about the history of the sequel. Obviously, this is just an assumption based on previous plot points, since no official details about Borderlands 4 have been published.

As anyone who has gone through Borderlands 3 knows, Lilith sacrificed herself immediately after she regained her powers, and the main story portrayed this act as fatal. However, since gamers didn’t actually see her die, there was hope in the community that she was still alive. Of course, the DLC “Director’s Version” seems to have confirmed the fan theories: Ava found out that Lilith is still alive from a conversation with the Seer.

When the Mysterious Murder missions in Borderlands 3 come to an end, Ava promises that the Crimson Raiders will find Lilith. Given that Ava has the keys to Sanctuary and Lilith has assigned her to lead the group, it can be assumed that Borderlands 4 will partially focus on her role as a leader. If she is still young, it can show how hard it is to be responsible, because Ava has to cope with a lot of responsibility. If another timeskip happens and she gets older, fans may see her as a more mature leader and a person who knows how to use her powers. Despite this, fans can expect that the main quests will focus on finding Ava Lilith.

Potential Side Stories that Borderlands 4 Can Solve

While the mystery of Lilith may be the focus of Borderlands 4, Gearbox may focus on other topics as well. One very interesting side story that can be woven into the main plot may be the story of Zer0 and FL4K. How these two robots are related, why they were built, and where they came from has often been discussed by the Borderlands community, and fans were hoping to finally get some answers in Borderlands 4. Players may need to find the point of origin of Zer0 and FL4K to get some kind of tracker to find Lilith, and a lot could be gained in the process knowledge about cars. Teaming up with Zer0 or FL4K during this mission can be exciting too.

Further preparation for The Watcher’s War is possible. Gearbox has confirmed that it wants to expand the universe before returning to this Pre-Sequel concept, and several Borderlands 3 planets can be seen as the beginning of this process. The hunt for Lilith can lead Borderlands 4 players to new planets, which will further expand the universe and allow for the creation of several battlefields when this war begins. When it finally happens, players will most likely find out that it’s inevitable, which means it probably won’t be shown in the main Borderlands 4 story. However, this could be touched upon, as Lilith may have disappeared to gather more Asylum Hunters, as suggested by the Observer.

Several small stories with other Borderlands characters have also been created. Timothy’s Jack-like behavior at the end of the “Beautiful Jackpot” DLC is worth watching while Reese is still looking for Fiona. If Fiona’s location is not touched upon in the Tales from the Borderlands 2 story, it could serve as another good plot point for Borderlands 4. Although revealing more details about the Zer0 and FL4K mystery would be helpful, and the search for Lilith is essentially confirmed, there are many stories that can be told about the next major title Borderlands.

Activision Blizzard Would Have ‘Hidden’ Dozens Of People’s Dismissal