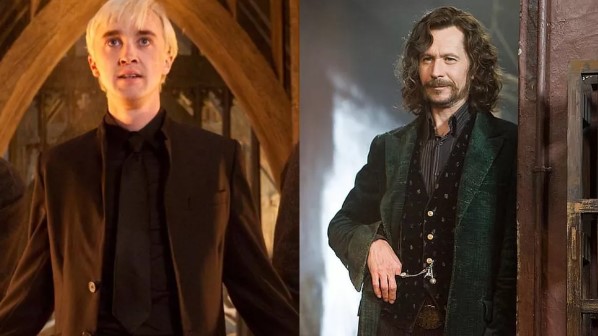 Tom Felton admits that he didn’t recognize Gary Oldman on the set of Harry Potter and the Prisoner of Azkaban.

Over the course of 10 years and eight films, the Harry Potter franchise has found a role, big or small, for almost every living British actor. This is a who’s who of the greats, but apparently many of the biggest names who appeared on set were so humble that it would be easy not to realize they were massive stars. Tom Felton admits in his new book that this is exactly what happened when he first saw Gary Oldman on the set of Harry Potter and the Prisoner of Azkaban, when young Draco mistook the actor for a janitor.

In an excerpt from his new book Beyond the Wand: The Magic and Mayhem of Growing Up a Wizard, published by Insider, Tom Felton says that when he saw Gary Oldman on set, he apparently did not impress him as an actor. and Felton suggested that the fact that he often saw this man meant that he was part of the cleaning lady. Felton explained…

One day I was on set when I saw another slightly scruffy older guy in old jeans and a T-shirt. I sometimes saw him somewhere and thought he was one of the cleaners. What can I say? He just had that look… it seemed like he was showing family and friends around. A little weird for one of the cleaners. I had a terrible feeling that I might have made a mistake, so when he left, I asked someone, “Who is this?”

Gary Oldman played Sirius Black in the third Harry Potter film, and also returned in the next two films. Oldman was one of the biggest names to appear in the franchise. Daniel Radcliffe admitted that Oldman was the star he was most nervous about meeting during the filming of the films.

Felton was apparently so sure that the man was a janitor that he casually remarked to him about the cleanliness of the floors. He says Oldman looked at him in confusion and didn’t say anything. Needless to say, when Tom Felton realized his mistake, he felt pretty stupid, but he obviously did his best to play it all out. He continues…

I cringed with embarrassment when I realized that I had mistaken him for a janitor. I wanted to apologize—not that he would actually bother me—but in the end I went the simpler way: I completely ignored my mistake and pretended that I knew who he was all the time. In my defense, for such a big star, he is not stellar at all. He was humble and down-to-earth, most likely he was seen making a cup of tea for everyone, and not playing in the room.

To be fair to Tom Felton, not getting to know Gary Oldman personally probably isn’t that shocking. Oldman is one of those actors who transform into roles so much that they become literally unrecognizable. It would be easy to watch Gary Oldman in several of his most popular roles and not know what he looks like when he’s not on screen. However, a tip for the future: if you don’t see someone actually mopping the floor, maybe don’t think it’s a cleaner.

Timothee Chalamet talks about the filming of “Dune” and about one...

Why Rian Johnson Could take on “Knives out 3” before his...