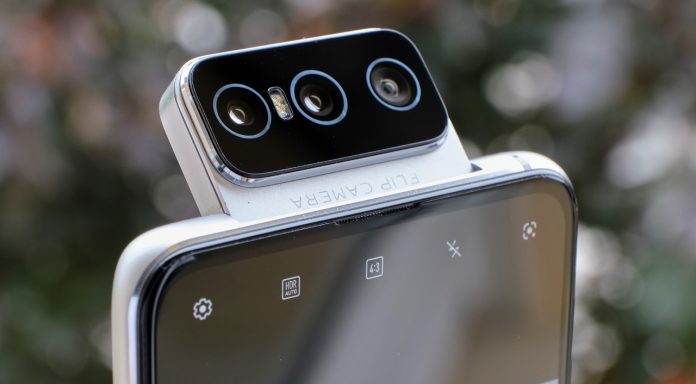 Zenfone 8 Flip appeared. Taiwan-based technology company Asus will introduce the new Asus Zenfone 8 series on May 12. As the devices approached the introduction date, the frequency of leaks started to increase as much. While new images of the Zenfone 8 model have emerged just today, now the Asus Zenfone 8 Flip has emerged.

Most of the smartphone manufacturers are currently trying to get rid of the notch and come up with new solutions to the selfie camera. For example, some manufacturers switch to under-screen camera technology, while others develop different solutions by changing the structure of the camera module.

This is always demonstrated by the camera modules used in Asus smartphones. The company, which previously produced a different solution for the selfie camera in Zefone 6 and Zenfone 7, will now do so in the Zenfone 8 Flip model. The company’s new model will come with Flip-Flop lens technology. In this way, there will be no notches or holes on the front of the device.

In terms of cameras, Asus Zenfone 8 Flip model; There will be a 64 Megapixel main, 12 Megapixel wide angle and 8 Megapixel telephoto lens.

As for the screen features, the device will be equipped with a 6.67-inch AMOLED screen. In addition, it will have a resolution of 1080 x 2400 and will also support 90Hz refresh rate.

On the processor side, Zenfone 8 Flip will get its power from Qualcomm’s Snapdragon 888 chipset. In addition, the device will be supported by a 5,000 mAh battery.

In addition to the Zenfone 8 Flip model, the features of the Zenfone 8 have also emerged. Accordingly, the standard model of Zenfone 8 will come with a 5.9 inch E4 AMOLED screen with a perforated design. The screen size of the device will be 5.9 inches.

In terms of battery features, Zenfone 8 will be equipped with a 4,000 mAh battery that supports 30W fast charging. On the camera side, behind the device; 64 Megapixel main and 12 Megapixel wide-angle lens will be included.

General Motors Sues Ford for Use of Term ‘Cruise’ in Autonomous...