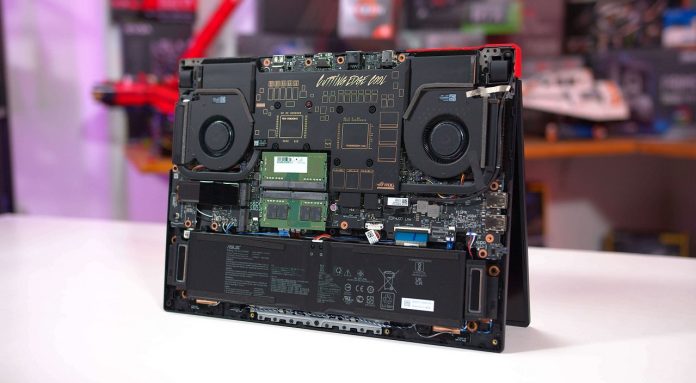 AMD has started working with partners for computers with RX 6000 graphics cards. One of the first models released in this context was the Asus ROG Strix G15 AMD Advantage Edition. However, the G15 that comes with the RX 6800M performs less than expected.

Jarrod’s Tech, known for its detailed reviews on YouTube, has done many gaming tests with the new Asus ROG Strix G15. However, Jarrod stated that the laptop that came with the RX 6800M received lower-than-expected performance. So much so that the G15 with Ryzen 9 5900HX and 115-150W graphics card performed closely with the MSI GS76 Stealth, which comes with the i7-11800H and 80-95W RTX 3060 duo.

As ASUS ROG Strix G15 AMD Advantage Edition does not come with a MUX switch, it is not possible to disable the internal graphics unit. For this reason, the computer was expected to show some poor performance. Connecting an external monitor to the computer, Jarrod disabled the internal graphics unit. Thus, the G15 experienced a huge performance increase.

In addition, the memory that comes with the G15 also causes poor performance. Making changes to the memory inside the Asus ROG Strix G15, Jarrod experienced an increase of 19 FPS without the monitor. Testing the same game with an external monitor after the memory changes, the channel observed a performance increase of 33 FPS in total.

The same problem appeared on Lenovo Legion 5 Pro model recently. Jarrod, who changed the memories again, observed a great performance increase. Memory performance is very important in AMD processors. However, it is not known why companies use low-performance memory.

Check out what the RX 6800M could have offered in the Strix G15 Advantage Edition if ASUS could get better RAM + allowed us to disable the iGPU 😱 pic.twitter.com/Lgb8LuNLyb

There has been no official statement from ASUS and Lenovo yet. However, considering that these computers are expensive, we guess that users will not want to deal with replacing RAM.

List of accessories for good ergonomics in the Home Office

Black Friday: Courses For Digital Careers With Up To 40% Off