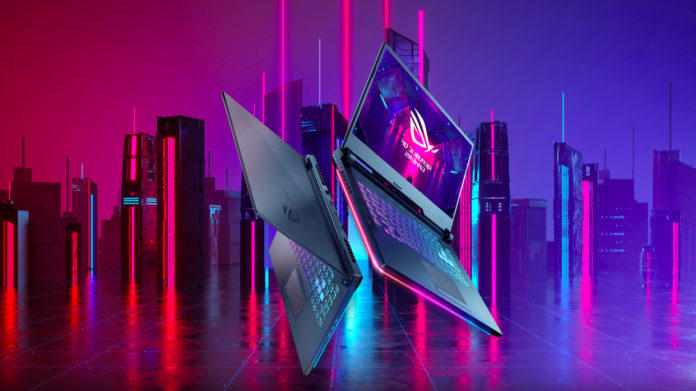 Asus ROG series is here with two new devices! Here are the features of the Asus ROG Strix SCAR 17
Asus ROG Strix SCAR 17 draws attention with its display features as well as its satisfying hardware features. The device with a 17.3-inch screen offers a 300 Hz screen refresh rate, 3 ms delay and FHD resolution.

On the hardware side, SCAR 17 takes power from Intel’s 10th generation processor Core i9-10980HK, and uses the newly introduced Nvidia GeForce RTX 2080 Super on the graphics card side. The i9-10980HK, introduced today, is the most powerful 10th generation processor. This processor features a 2.4 GHz basic operating speed and a 5.3 GHz Turbo Boost speed. RTX 2080 Super has a frequency of 1080-1560 and 8 GB of GDDR6 memory.

While the RAM capacity of the device can be increased up to 32 GB, storage capacity of up to 1 TB can be selected. In addition, the weight of this computer is stated as 2.9 kilograms.

On the processor side, there is the Core i7-10875H, one of Intel’s 10th generation processors, which we can call the strongest after i9-10980HK. This processor features the basic operating speed of 2.3 GHz and 5.1 GHz Turbo Boost speed. On the graphics card side, Nvidia RTX 2070 Super, which is introduced today, is used. This graphics card comes with a frequency of 1115-1380 mHZ and 8 GB of GDDR6 memory.

While the RAM and storage features of the device are the same as SCAR 17, the weight of the computer seems to be in a more advantageous position compared to the other version. ROG Strix G is available to consumers with a weight of 2.4 kilograms.