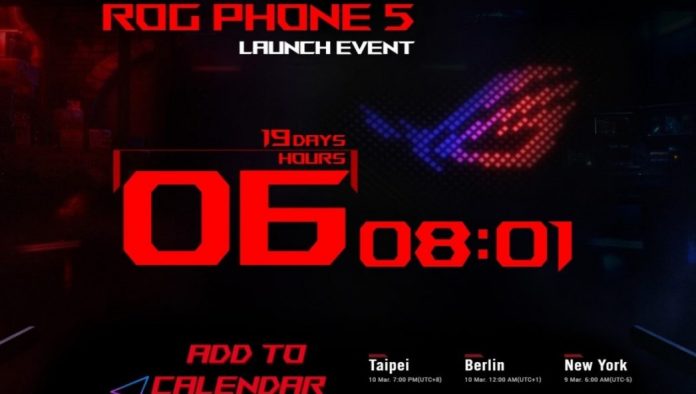 Asus confirmed the name ROG Phone 5 the other day. The Taiwanese manufacturer has now announced the launch date of its new smartphone game phone. ROG Phone 5 will be officially revealed on March 10.

Creating an event page on its website, Asus has also added a countdown timer to this page. This counter, predictably, will be reset when the event starts.

There is no detail about the ROG Phone 5 on the event page. However, it is possible to get an idea about the device thanks to the benchmark test results in Geekbench. At the heart of the smartphone will be the Qualcomm Snapdragon 888 processor. Two different RAM options, 8 and 16 GB, will be offered to accompany this processor. It will come out of the smartphone box with the Android 11 operating system.

According to the TENAA database, ROG Phone 5 will come with a 6.78-inch AMOLED display. 5G support, dual-cell 6000 mAh battery and 65W fast charging support, which is also approved by 3C, are among the features of the phone.

After the Asus ROG Phone 5 introduction date is announced, it will not be surprising that new details about the phone will emerge during the countdown.