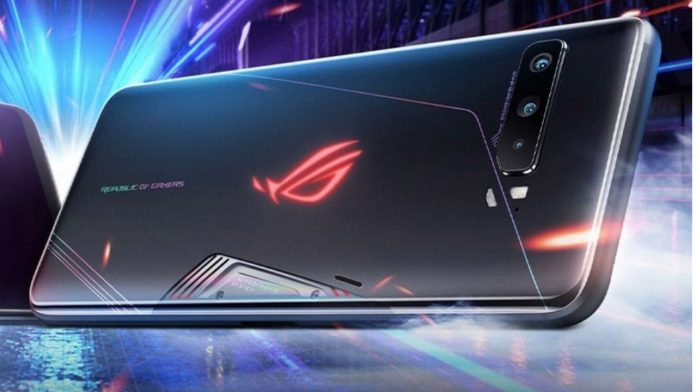 Asus introduced three different ROG Phone 5 models for gamers last week. The phones attracted attention with the Snapdragon 888 processor, UFS 3.1 speed storage and 16 GB RAM option. These features are also reflected in the prices. The phones took their place on the shelves between 799-1299 Euros. However, it turned out that the high price and hardware were not reflected in the durability. A YouTube channel called JerryRigEverything has tested Asus’ ROG Phone 5 for ruggedness. Phone failed test…

The test starts with the screen. Asus uses Gorilla Glass Victus technology, which we see in the iPhone 12 and Galaxy S21 family, in this model. The phone starts to be scratched when it interacts with objects with a hardness of 6 Mohs and above. This is the maximum level of durability that today’s touch glasses can be. On the other hand, in the past, some phones have managed to reach a higher level of durability by using a sapphire screen instead of glass (HTC U Ultra).

Sim card tray draws attention in the durability test that continues with the frames. The ROG Phone 5 box comes with a longer than normal pin for a sim card. This means that if you lose the needle that came out of the box, what you’ve got won’t work.

Finally, it is time for the bending test. The phone fails to pass this test, which many of its competitors survived. The front and rear glass of the model, which broke from the frame on the first move, shatter when it is forced a little harder. However, for the price of the phone, a situation emerges that will disappoint users.

Battery design is the cause of the weakness

Zack Nelson, the owner of the channel, makes two predictions about the breakout in the video. The first of these is the antenna line in the frame. Smartphone manufacturers add plastic antennas to the bezels for better signal transmission. This situation creates a weakness in the general structure. There have been some phones that broke for similar reasons in previous tests. The second reason is the dual battery design. This design, which is preferred for faster charging, causes another weak point in the design and this weak point causes breakage.

The test is done not on the Pro or Ultra version, but on the standard model. Here are images from the test: