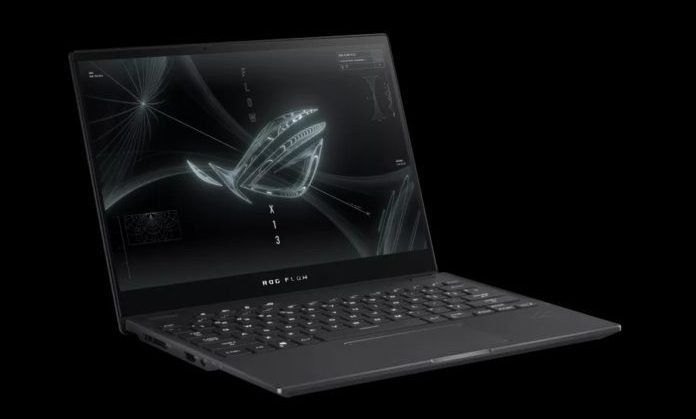 Asus introduced new models of laptops offered under the Republic of Gamers (ROG) brand. The new members of the ROG family stand out with their design as well as their technical features. Asus ROG Flow X13 stands out among new laptops. ROG Flow X13 is described as the first gaming laptop with a “2 in 1” design.

ROG Flow X13 is not very similar in design to standard gaming laptops. It is stated that the design of the Flow X13, which is the kind of laptop that can be seen even at a meeting or at school, is prominent.

The laptop offers 10 hours of uninterrupted video watching on a full charge. The 100W USB-C charger will be able to recharge the Flow X13’s battery by 50 percent within 30 minutes. Users are offered 120 Hz Full HD touch and 3840 x 2400 pixel touch options for the screen. The aspect ratio for both options is 16:10.

Looking inside the Flow X13, things get a little more interesting. Processor options offered for the laptop extend to the Ryzen 9 5980HS. The processor in question is among the flagships of AMD’s new Ryzen 5000 mobile series. The introduction of the GeForce GTX 1650 as a graphics card in the base model does not seem like a very suitable choice for a gaming computer.

An external GPU option is also available for ROG Flow X13. Named as ROG XG Mobile, this solution includes graphics card options up to Nvidia GeForce RTX 3080. It is stated that the X13’s gaming performance will approach that of desktop devices, thanks to ROG XG Mobile, which also functions as a power adapter. Those who want to buy Flow X13 with XG Mobile must pay $ 2999.99.

Flow X13 and XG Mobile are pre-ordered on Asus’ website.

Thanks to the dual-screen design, it is easier to open a list from Spotify or join the game chat from Discord while playing games on the upper screen. Adobe has stated that it is working with developers and game studios to make better use of the dual screen design.