Although Asus has successfully produced hardware smartphones recently, it has lagged behind in software upgrades. The company started to release the Android 10 update for Zenfone 6 by signing a development that would eliminate this bad reputation.

Making a significant change in its strategy in the smartphone market, Asus began to produce phones for performance seekers with the ZenFone 6 / 6Z and ROG II. These powerful phones, with no hardware deficiencies, seemed a little behind when it came to software. Asus is changing that.

Asus is among the companies that have released a balanced update to existing devices for Android 10. As of today, Taiwanese manufacturer ZenFone 6 has released the Android 10 update.

With the update of 810 MB, the software of the device was upgraded to 17.1810.1910.63 ZenUI. Although the interface does not seem to have changed much in this update, this is normal as the phone already has OxygenOS and Pixel software. The new update features many features, many of which are optional and do not suffocate.

There is a lot of sharing, especially in Reddit, that the new update is currently active in India and the United States. It appears that the update has been published globally and the kernel code will soon be released. 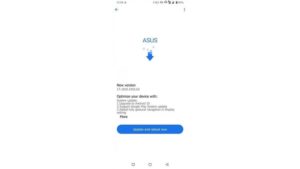 Google released Android 10 for Pixel phones 2 months ago. Immediately after the update for the Essential Phone had arrived. Since then, both OnePlus and Xiaomi have released very stable Android 10 updates. Samsung, Huawei, LG and Asus also started their own beta programs.

Asus has sent many ZenFone 6 to personalized ROM and kernel manufacturers. There are currently several ROMs available for the ZenFone 6.