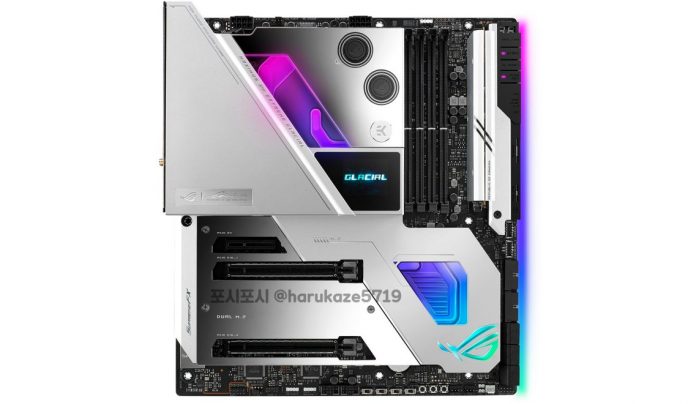 Images of two new motherboards to be added by ASUS to the Z590 series have been shared on Twitter. The motherboards whose images are revealed are the ASUS ROG Maximus XIII Extreme Glacial and Maximus XIII HERO.

The new ASUS ROG Maximus XIII Extreme Glacial will be the flagship model of the company’s Z590 motherboard line, and therefore the most expensive. The main difference between this model and the standard Extreme is that the new model will house a ready-made water cooling block. The motherboard will have an 8-pin connector to power the processor and four DD4 DIMM slots. In addition, there are two M.2 slots and 6 SATA III ports on the motherboard.

Our other motherboard, ASUS ROG Maximus XIII HERO, will have a price tag of about $ 400. The motherboard with Wi-Fi support will have an 8-pin power connection. There will be three PCIe 4.0 slots, two M.2 slots and 6 SATA III ports on the motherboard. ASUS ‘new motherboards will be featured at the CES event that will kick off tomorrow, along with several different motherboards.