The age of 360 Hz starts on the player monitors. Asus announced the ROG Swift 360Hz, the world’s first 360 Hz player monitor with G-Sync processor, which they developed in partnership with Nvidia at CES 2020, before the event.

Asus introduced a 360Hz player monitor last year, but later announced it was a April 1 joke. However, it seems that Asus was joking that he had some truth. The company announced the Asus ROG Swift 360Hz, a 24.5-inch 1080p player monitor running at 360Hz with Nvidia’s G-Sync technology.

Asus announced that the new monitor is the world’s first 360Hz player monitor with G-Sync and is designed for e-sports. Player monitors with a refresh rate of 144 Hz and 240 Hz have already become widespread today. So you may be wondering if you need a 360Hz monitor. According to the company, the G-Sync technology used in the monitor will make you feel the advantage of a higher refresh rate of 360 Hz in competitive games like Overwatch or CS: GO. 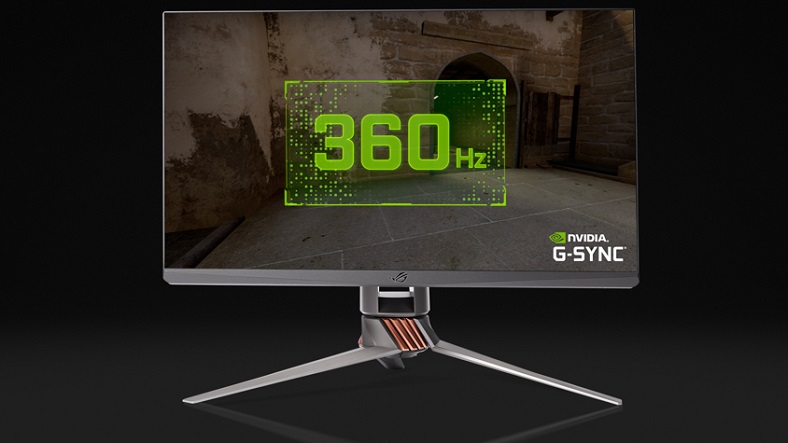 Only millisecond declines in delays in competitive games make a big difference. The Asus ROG Swift 360Hz player monitor displays game frames every 2.8ms, delivering up to six times the performance of a normal monitor or television.

Nvidia says the gaming experience on the monitor, which will be shown at CES this week, is up to 37 percent better than a standard 60Hz monitor. The Asus ROG Swift 360Hz will not be released until the end of this year, and the company has not yet announced a clear release date or pricing.