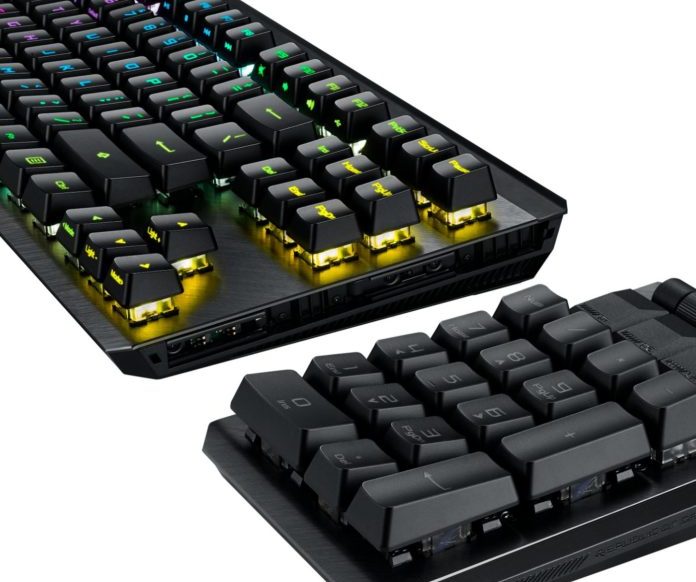 Taiwan-based computer and hardware manufacturer Asus heralded a new mechanical keyboard at the CES 2021 event on January 12, 2021. Named ROG Claymore II by Asus, this mechanical keyboard was specially designed for gamers. Standing out with its customizable macro keys and RGB lighting, the keyboard will take its place on the market as the first device to feature Asus’ ROG RX Blue / Red optical switches, which are claimed to have a life of 100 million keystrokes.

In addition, the new mechanical keyboard announced by Asus comes with an improvement that will make players who do not like the keypad on the keyboard smile. You will be able to separate the keypad from the keyboard at any time and save space. At the same time, this detachable keypad allows for more intuitive media control (such as volume control).

You can connect the ROG Claymore II mechanical keyboard to your computer either with a Type-C cable or wirelessly. If you connect it to your computer wirelessly, the keyboard with 4000mAh battery will last you about 40 hours. According to details shared by Asus, the Type-C port supports fast charging and USB passthrough for other devices. Unfortunately, there is no definite information about the price of the Asus ROG Claymore II mechanical keyboard, which will be launched in the second quarter of 2021.