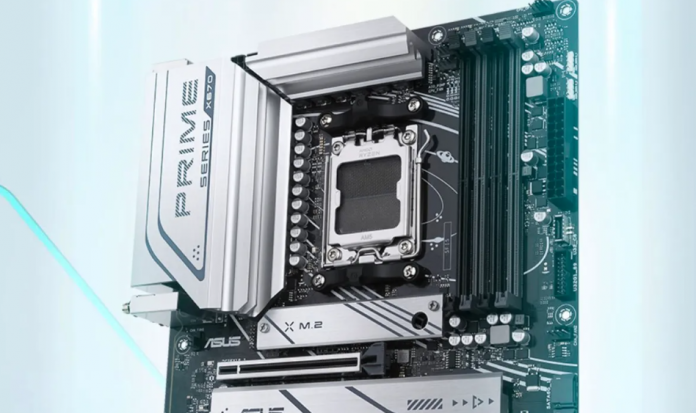 ASUS has announced a line of motherboards based on AMD X670, which includes models ROG Crosshair, ROG Strix, TUF Gaming, ProArt and Prime.

ASUS has announced a new line of motherboards based on AMD X670, including models ROG Crosshair, ROG Strix, TUF Gaming, ProArt and Prime. Thanks to the significant changes AMD has made to the processor and chipset, ASUS is making the X670 a next-generation platform.

AMD Ryzen 7000 series processors, manufactured using a 5-nanometer process technology, are used with the new AM5 socket. In the AM5 connector, which is an LGA type connector, the contacts are located on the motherboard, not on the processor. This reduces the likelihood of damage to the pins. The AM5 provides TDP support up to 170 watts. Thus, high performance can be obtained from multi-core processors with a large workload.

Of course, the processor slot is not the only thing that has passed to the new generation. The X670E and X670 motherboards support the latest DDR5 RAM modules. Performance has been taken to a whole new level thanks to DDR5 memory, which provides 50% higher data transfer speeds than the previous generation DDR4 memory. ASUS motherboards also have various hardware and software optimizations that allow you to overclock suitable memory sets to the limit.

The X670E and X670 motherboards are distinguished by the use of PCIe 5.0 and PCIe 4.0 in-circuit interfaces.

The letter “E” on the X670E stands for “Extreme”. This shows that users are faced with a motherboard with one PCIe 5.0 x16 slot and at least one PCIe 5.0 M.2 slot. However, ASUS does not want to settle for less, offering users many opportunities when it comes to high-speed storage in high-end models.

Since high-performance M.2 high-capacity solid-state drives emit much more heat, ASUS is also upgrading the cooling system in the X670 and X670 series. Most of these M.2 slots have double-sided M. radiators.2, which help to dissipate heat.

Modern advanced graphics cards are often equipped with massive cooling solutions and durable back panels. These parts, which provide superior performance, can make it difficult to open the PCIe latch.

Similarly, traditional DIMM slot designs require users to lock both sides of the memory. Users with thick fingers may find it difficult to open the slot closest to the video card.

That’s why ASUS uses the new one-way Q-DIMM latch on all X670E motherboards. Thanks to these details, users do not experience any troubles that may arise due to the proximity of the latch to the video card. One latch on the more accessible side of the DIMM slot is enough to securely lock the memory.

ASUS has also simplified the installation of M disks.2. Thanks to the unique M.2 Q-Latch, users do not have to deal with small M.2 screws that are easy to lose. Now you can insert and remove M disks.2 only with your fingertips.

Apple May Postpone the Promotion of Budget-Friendly iPhone 9 by the...