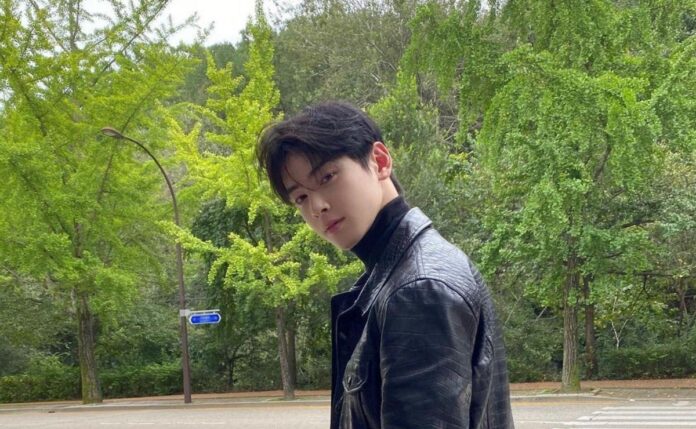 ASTRO’s Rocky describes the beauty of Cha Eunwoo’s younger brother, his fellow ASTRO member. The idol surprised fans with the anecdote of him after meeting him. How handsome is he?

Eunwoo has stolen fans’ attention in recent weeks following the premiere of his new drama “True Beauty,” based on the webtoon of the same name and in which he stars. However, there is a more personal story that has piqued AROHA’s curiosity and Rocky solved one of the biggest mysteries for fans.

Through YouTube, a live broadcast was published by Rocky, member of ASTRO and partner of Eunwoo. The idol held a question and answer session with Aroha and received a very peculiar message: What is Cha Eun Woo’s brother like? Apparently, they all know of the existence of his younger brother, but have never met his face.

Divine genetics? In South Korea there are certain stereotypes and features that many envy in a person’s face, as they are considered attractive and it seems that the Cha brothers were lucky to have good genes, as Rocky confessed that he was in shock when he met him, especially since they are the same age.

EUNWOO’S BROTHER HAS A STUNNING BEAUTY

The first feature that Rocky defined about Eunwoo’s younger brother was his nose, he said it is very pretty, he did not clarify if it was small or very sharp and straight, but he was surprised to have it in front.

Regarding the resemblance between the two, the idol explained that Eunwoo has a masculine bearing and delicate features, the word pretty suits him, but contrary to his brother, the boy projects a super manly energy, is tall and very handsome, I even wish that them fans could see him to be believed, as the 21-year-old really shocked him.

He also assured that his face is very small, more than Eunwoo’s, this facial characteristic is a feature that in South Korea is highly praised. Rocky joked and said that there is no explanation for the birth of both, as they are really attractive, apparently, the question arose because the fans do not know the aspect of the idol’s younger brother, but now they can imagine it a little in their minds.

Britney Spears again on trial against her ex for childcare!