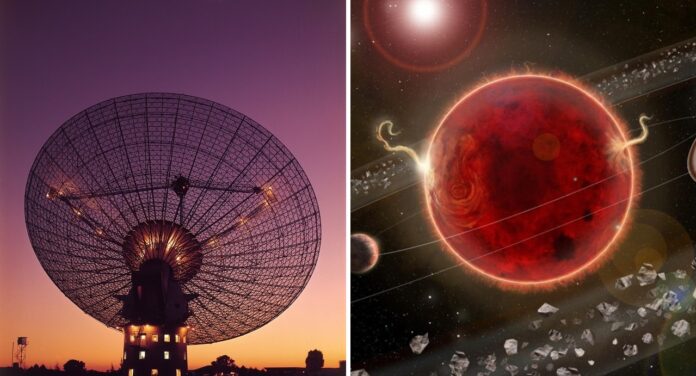 “Are there any extraterrestrials?” The question has been on the agenda of humanity for a long time. Although there is no evidence for this yet, advanced space telescopes could shed light on a new discovery. In this context, astronomers discovered a new signal from Proxima Centauri, the star system closest to the Sun. This signal was stated to be the most serious signal discovered since 1977.

A new signal has been discovered by Proxima Centauri

In April and May 2019, a narrow beam of radio waves was detected by the Parkes telescope in Australia during 30-hour observations. No ground-based equipment (such as a radio telescope) or satellite has yet been detected during the analysis of these waves.

According to The Guardian’s report, while studies are continuing for the signal from Proxima Centauri, which is 4.24 light years from the Sun, an employee in the team stated that this signal was the most serious after the first signal discovered in 1977. The first signal was a short-lived narrow-band radio signal received during a call by the Big Ear Radio Observatory in Ohio in 1977.

The signal from Proxima Centauri is important because this system is the closest star system to the Sun. Although it is too weak to be seen with the naked eye, Proxima Centauri has been heavily scrutinized by astronomers. It is known that at least two planets orbit the star. One of them is a gas giant, and the other is a planet about 17 percent larger than Earth. The temperature of this planet, called Proxima b, is in the habitable zone category because it is suitable for water.

See Also
Proxima Centauri, the Closest Star to Earth, Confirmed to be a Planet

However, this does not mean that Proxima b has water. In 2017, scientists at NASA showed that Proxima b could be easily destroyed by the intense radiation and solar explosions released by its parent star if it had an Earth-like atmosphere.

Ripple CEO Announces His Expectations From 2021

Why Won’t The Warcraft 2 Movie Come Out