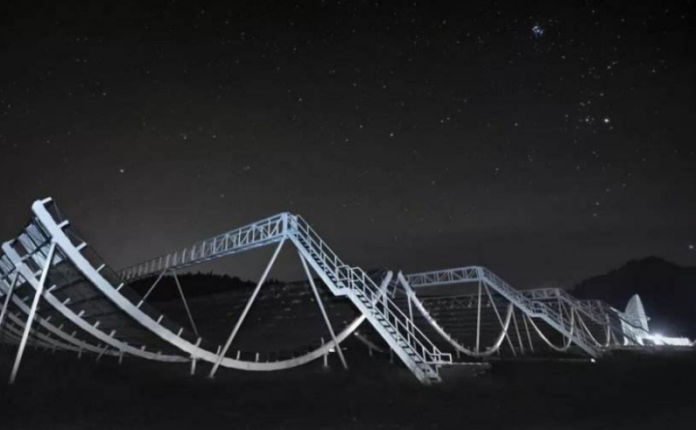 Astronomers around the world have been tracing the rapid radio bursts that have occurred for only a few milliseconds for more than 10 years. An international research team has once again succeeded in locating this mysterious cosmic event.

Fast radio bursts, or the mysterious cosmic event known as Fast Radio Burst (FRB) in English, have attracted the attention of astronomers for many years, both cosmic and far-reaching.

Although there were hundreds of records of FRBs, researchers were able to pinpoint the source of only four. Now, for the fifth time, an international science team, led by researchers at the University of West Virginia, has located a rapid radio explosion. The discovery, based on eight telescopes from England to China, was published on Monday (January 6th) in the famous science magazine Nature.

For the fifth time, astronomers managed to identify a source of rapid radio explosion:

Kshitij Aggarwal, co-author of the paper, a graduate student in physics at the University of West Virginia, says there are two basic types of fast radio bursts: FRBs flashing multiple times and one-off FRBs without repetition. As a result of their long-term work, scientists have been able to determine the location of a recurring rapid radio explosion for the second time.

Sarah Burke-Spolaor, physics and astronomy, points out that identifying the source galaxy for the FRBs is critical to understanding what environments the FRBs live and what they can produce. The research team used the enormous radio telescope CHIME in New Mexico for this important discovery.

The most interesting finding of the discovery was that the repeating FRB was on a rotating arm of a Milky Way-like spiral galaxy. Researchers say the rapid radio explosion is closer to Earth than others, suggesting that repetitive FRBs are probably produced by neutron stars with strong magnetic fields.

Half a billion light-years from Earth, the so-called “FRB 180916” explosion is expected to allow further work to solve the mysteries behind the rapid radio explosions.

Even Visiting Only One Friend in the COVID-19 Outbreak poses a...