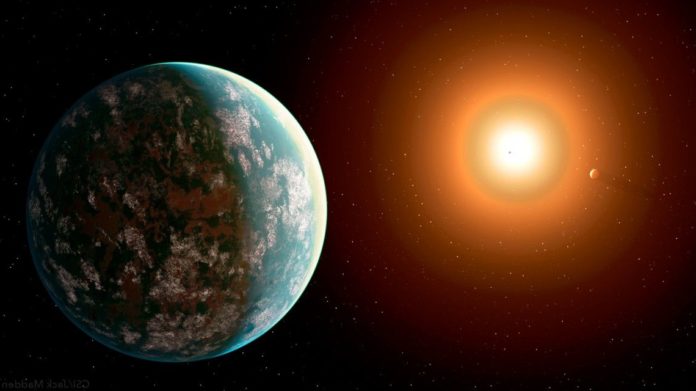 Astronomers who continue their extraterrestrial life research without slowing down, discovered 2 different super Worlds where potential life could exist.

Astronomers have uncovered a cache of five newly discovered outer planets orbiting nearby stars. The striking part of the study was two of these planets, because these planets could be potentially life-like celestial objects in search of Earth-like ones outside the Solar system.

Researchers suspect celestial bodies may be ‘red dwarf stars’:
Researchers suspect that these two discovered celestial bodies may be ‘red dwarf stars’, which are thought to be not good for potential life. The main reason why red dwarfs are not able to have favorable conditions for life is that they are very old due to very high glare and tendency to emit high amounts of radiation.

Astronomers still think that such actions may vary depending on the star. However, another big problem is that the red dwarfs are much colder than other young stars. As a result, the Goldilocks region (Livable region) of these planets is located very close to the star.

GJ 180 d, the closest temperate super Earth can be:
In contrast, the planets in this region are known to be highly prone to gravity lock, where the planet faces the star on one side and the other side into the void. This is found on one side in a deadly hot and radiated state, while on the other, embedded in cold and dark. Despite this, the team thinks that the GJ 180 d, whose orbital duration is 106 days, is far from the star Gliese 180 to experience gravitational locking.

Astronomer Fabo Feng from the Carnegie Science Institute said, “The GJ 180 d is the closest temperate super Earth to us, which is not locked by gravity. This will likely increase the chances of hosting and maintaining life. ”

On the other hand, the other planet ‘GJ 229 A c has a 122-day orbital period, but its star, Gliese 229 A, is larger than Gliese 180, so there may be a gravitational locking on the planet. Another interesting point is: Gliese 229 A is located in a binary system with a brown dwarf, Gliese 229 B. These objects, also called “failed stars”, are known to be too big to be planets but too small to burn hydrogen in their nuclei.

Researchers say GJ 229 A is the closest known temperate super Earth in a system that contains a brown dwarf, making it the perfect candidate to study how planets form and develop in such systems. It is added that research on these planets that are on the new potential super Earth list will continue.

SpaceX: images of the successful launch of Crew Dragon