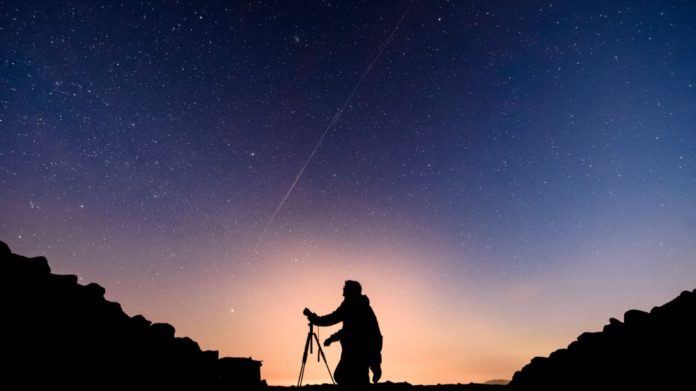 A team of astronomers from the University of California San Diego, the University of Cambridge and the Astrofísica de Canarias Institute (IAC) have been watching J0815 + 4729, the first generation star for some time. The international team detected a significant amount of oxygen in the atmosphere of this primitive star. The article on oxygen in the star’s atmosphere was published in The Astrophysical Journal Letters on January 21.

J0815 + 4729 named star observation studies, W.M. in Hawaiian Maunakea. It continues at the Keck Observatory. John O’Meara, a scientist at the Keck Observatory, says the findings are exciting. “I look forward to seeing more measurements like this to better understand how oxygen and other elements form in the young universe,” said O’Meara.

Oxygen is the third most abundant element in the universe after hydrogen and helium. Oxygen is the chemical basis of life on Earth, but it is also the main element of the Earth’s crust. Oxygen, the most important element for life on Earth, was not found in the early universe. Oxygen is formed as a result of nuclear fusion reactions that occur at the depths of stars 10 times larger than the mass of the Sun.

Oxygen emerges in nuclear activity in the heart of stars much larger than the Sun
In order to understand how other relatively heavy elements, especially oxygen, which did not exist in the early universe and later appeared, it is necessary to examine the old stars that still exist. That’s why astronomers working at the Keck Observatory are also examining the primitive star named J0815 + 4729.

Adam Burgasser, co-author of the article published in The Astrophysical Journal Letters, says that stars like J0815 + 4729 are called halo stars. Burgasser adds that unlike the flat disc of young stars, halo stars are roughly dispersed globally around the Milky Way.

International astronomers have used the High Resolution Echelle Spectrometer (HIRES) in the Keck I telescope at the Keck Observatory to observe J0815 + 4729. The amount of 16 elements was measured using HIRES, including oxygen in the primitive star.

The researchers found that J0815 + 4729 was made up of material scattered from the first supernovae of the Milky Way hundreds of millions of years after the Big Bang. Studies at the Keck Observatory also revealed the chemical composition of J0815 + 4729. The primitive star has a large amount of carbon, nitrogen and oxygen. In addition to carbon, nitrogen and oxygen, one-tenth of the Sun’s calcium and iron were detected in the primitive star.

Astronomers review hundreds of thousands of star spectra and then measure their chemical composition to study rare sources like J0815 + 4729. J0815 + 4729 was first identified by the data obtained during the Sloan Digital Sky Survey (SDSS). It was then characterized by the IAC team using the Grand Canary Telescope in La Palma, Spain.

Video Showing How Coronavirus Can Spread with Sneezing

According to Science, What You Eat Is Not Important When You...