Home Entertainment Astroneer: where to find Bouncevine and what it’s for 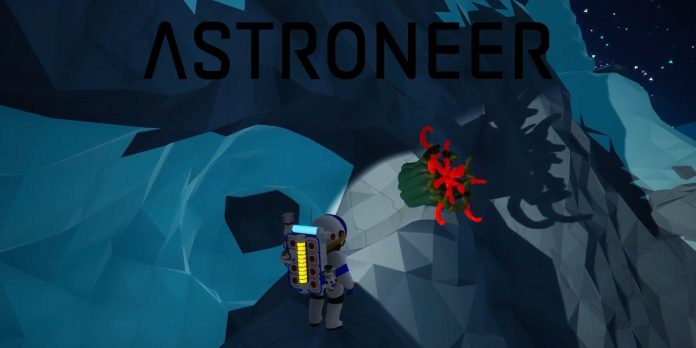 There are several different planets in Astroneer that players can explore, and each of them has important resources that players can collect as they get to know the game. In different biomes of these planets, players will encounter debris, mountain ranges and even vegetation. It is this latter category that can cause players trouble.

Although there are examples of flora in Astroneer that help with progression and even allocate bytes, there are also some that can be unintentionally fatal. This is the case with Bouncevine Astroneer, a protective flora. This guide will help players who want to find this plant and better understand how to use it.

Where to find Bouncevine in Astroneer

Bouncevine can be found on the surface of Silva, the third planet in the Astroneer solar system, as well as on the planet from which players start. Silva abounds in flora both on the surface of the planet and in its caves, but those who are looking for a Jumping Vine should go to the mountains. This protective plant grows on mountain slopes, but since each planet is generated procedurally in each new save file, players do not have a common cardinal direction in which they should move.

It’s important to note that Bouncevines live up to their name if players get too close. This protective flora is capable of throwing players a decent distance away, which makes their location along mountain slopes a potential disaster. It’s easy to step too close and take too much damage from falling. Fortunately, collecting these plants makes them harmless.

How to build and use Bouncevine in Astroneer

Collecting Bouncevines along mountain slopes can be done using the same Terrain Tool that players use to collect other materials, such as hematite in Astroneer. The plant will burst and drop at least one seed, which players can add to their inventory to use later. These seeds can be planted in almost any terrain.

To sow the seed in Astroneer, players need to press the “Use” key (F on PC, Y on Xbox, Triangle on PlayStation and X on Nintendo Switch). This will start the growth process of the plant, and it will only take a few minutes for it to be ready for harvesting or use. In the case of protective flora seeds, one of which is the Bouncevine seed, the latter plant will retain the ability to repel players. They can be used as a protective barrier or a resting place for those who want to add a little bounce to their base in Astroneer.

The full potential of the “God” Venom is finally revealed by...