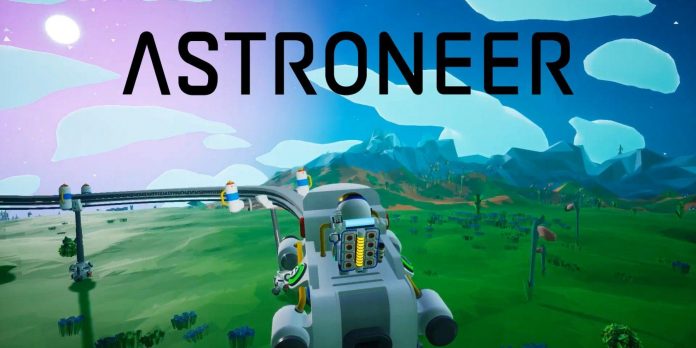 The latest Astroneer update gives players the opportunity to create their own railway system. With this update, players get a lot of new items that they can explore and create. The new railway system in Astroneer, from stations to individual sections of rails, can be a daunting task to get used to.

The Astroneer item catalog now boasts over 7000 bytes of iron items that players can invest in their world. Getting all these items, the materials they require, and the printers that create them can be very challenging for players. For those who want to get used to the new aspect of Astroneer, this guide is here to help.

What are railway items in Astroneer?

The list of new items starts with a train station that functions as it sounds and allows players to load and unload resources from their trains. These trains may include railway steam locomotives that function as personal transport and increase the speed of the wagons to which they are attached, and railway wagons that are used to transport resources such as malachite, the material used for copper in Astroneer. A specialized railway locomotive, known as C.O.L.E., functions as a faster version of a railway steam locomotive.

The station and railway wagons function by connecting to railway poles, the backbone of railways capable of channeling energy and oxygen between bases, and high railway poles. The last element associated with the railway is the railway junctions that divide the railway lines along several tracks.

How to use railways in Astroneer?

After unlocking these items, players can start building their own railroad tracks. In general, these items represent a fast form of transportation, especially for moving resources over long distances. Collecting resources can be limited to the player’s backpack, and given the size of the planets in Astroneer, transporting resources can become a daunting task. Players can now set up bases in resource-rich areas and plot routes back and forth.

In general, cars can run without engines, but they work much slower. In any case, players can connect wagons and locomotives until there are six of them in one train. Achieving this number will require significant investment in laterite, an Astroneer resource for aluminum production. However, it should be noted that wagons (1 power per second), railway locomotives (3 power per second) and C.O.L.E. (3 energy per second) require energy to operate, and these requirements are summed up.

Oddworld: Soulstorm will be free on PS5 for Plus users