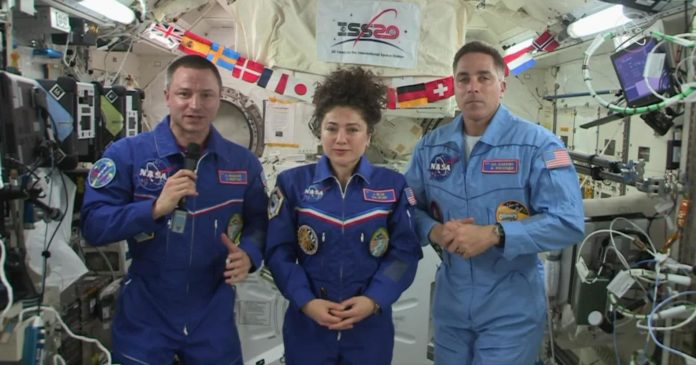 NASA’s two astronauts and a Russian cosmonaut return to Earth months later. Astronauts continue their preparations to meet a World that is fighting the virus outbreak.

NASA astronauts Andrew Morgan, Jessica Meir and Roscosmos cosmonaut Oleg Skripochka, who are at the International Space Station (ISS) orbiting the Earth, have begun preparations to return to Earth.

Jessica Meir and Oleg Skripochka have been with ISP for 7 months, while Andrew Morgan has been with ISP for 8 months. When all three astronauts started to work in ISS, there was no coronavirus outbreak in the world. However, the virus epidemic, which first appeared in China during its tenure, then spread to the whole world.

Andrew Morgan said that they could follow the news and talk to their families in the ISS after the announcement. Morgan said it was difficult to understand how life would be different when they returned to Earth despite all their communication channels.

“Isolation is something we know very well”
NASA’s two astronauts and Roscosmos’s cosmonaut will return to Earth on Friday. Astronauts will return to a Earth-fighting world that infects more than 1.8 million people and causes more than 110,000 people to die.

See Also
When did the Astronauts at the International Space Station Enter the New Year?

Astronauts said that the concept of isolation is something they know very well due to their work in space. Astronauts, who will return from ISA, said that social isolation and self-quarantine are still something new within them.

Jessica Meir, an astronaut, said: “After staying here for seven months, it will be difficult not to hug our friends and family. I think I will feel more isolated on Earth than I am here. Because here we are busy with great quests and missions. For this reason, we do not feel the isolation. ”

XRP Price On The Move: Is The Expected Record Coming?

Is RecargaPay Prime worth it? Find out how the paid plan...