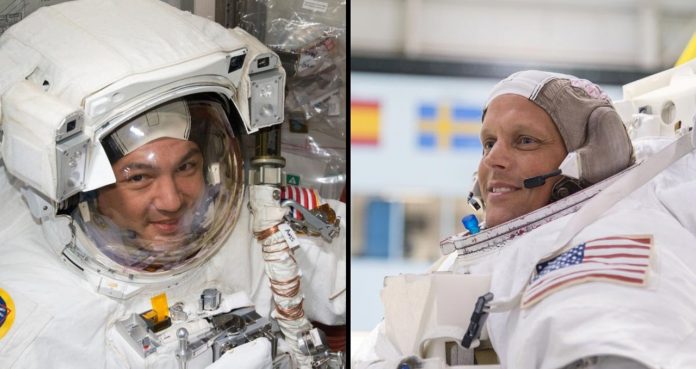 In order to realize the fourth crew rotation flight of NASA’s Crew Dragon spacecraft to the International Space Station; it became clear who the two crew members he identified were.

NASA’s chosen astronauts Kjell Lindgren and Bob Hines; He will serve as the spacecraft commander and pilot, respectively, for the Crew-4 mission. Additional crew members will be appointed as mission specialists by the agency’s international partners in the future.

The mission is expected to launch in 2022 with a Falcon 9 rocket from Launch Complex 39A at NASA’s Kennedy Space Center in Florida. Lindgren, Hines and international crew members will join an expedition team on the space station for an extended stay.

It will be Kjell Lindgren’s second space voyage after 141 days on the space station for Expeditions 44 and 45 missions in 2015. This astronaut, a former member of the Air Force family, lives in England.

Lindgren, who received a bachelor’s in biology from the US Air Force Academy and a medical degree from the University of Colorado, was a flight surgeon who took part in space shuttle and space station missions before being selected as an astronaut in 2009. In December 2020, NASA helped pave the way for upcoming lunar missions; Artemis commissioned him as one of the astronaut team.

Lieutenant Colonel Bob Hines of the US Air Force; He was chosen as an astronaut in 2017 and, unlike the other astronaut, will make his first voyage into space. Hines graduated from Boston University with a bachelor’s degree in aerospace engineering; He is also a graduate of the Air Force Test Pilot School. He also flew at NASA’s Johnson Space Center in Houston as a research pilot.

For more than 20 years, people have been living and working on the International Space Station continuously. It also advances scientific knowledge and develops new technologies. Station, NASA’s understanding of and overcoming the challenges of long-term spaceflight; It provides a critical test environment for expanding commercial opportunities in earth orbit.

Wi-Fi repeater: models to improve the internet at home