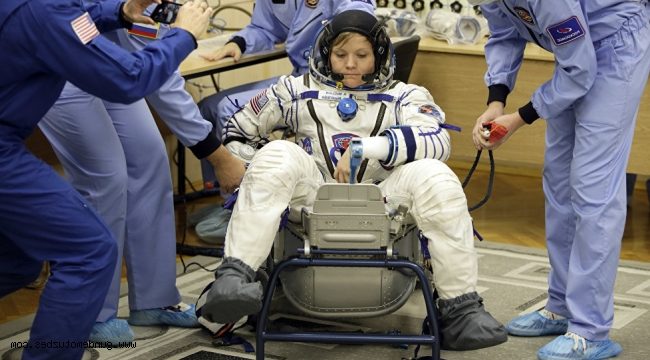 Every time NASA sends an astronaut to the International Space Station, it always takes care to keep security at the highest level. This is a very important requirement for them, as there is unfortunately no way to treat most of the medical conditions that may emerge urgently in space. However, no matter how healthy each of the astronauts is, there is always the possibility that even the things you give the least chance will come out very suddenly.

For a NASA astronaut who was diagnosed with a blood clot after being in space for two months, the situation actually developed exactly as we mentioned it. Let’s make a little reminder; The blood clot is a pellet-like elastic mass formed by the solidification of the blood, and unfortunately it can lead to fatal consequences if left untreated.

The astronaut remained on duty for four months, and NASA doctors were genuinely interested in coping with his unfortunate discovery and ending properly with minimal damage. However, very precise solutions could not be found. At this point, NASA had really limited time to create different options, and negotiations were started with Hematology Specialist Stephan Moll from UNC School of Medicine.

Much thought out to make the right decision
The biggest decision that Moll would make was whether to start the astronaut on blood thinning to reduce the risk of clot growth or spread to the body. If the clot was released and began to circulate in the astronaut’s circulatory system, it could occur in the lungs and create what could be called fatal pulmonary embolism.

However, the use of blood thinners in the astronaut increases the likelihood of bleeding, and this does not seem to be a very ideal decision for someone who is not near the hospital. Eventually, Moll and NASA decided that the astronaut, whose name was not mentioned in the report, would begin taking blood thinners.

The astronaut began to use the thinner and did not encounter any problems. He continued to take blood thinners until his term ended and he stopped treatment four days before his return to Earth. UNC has published all of its assistance to NASA and the paths that follow through YouTube through a documentary video.