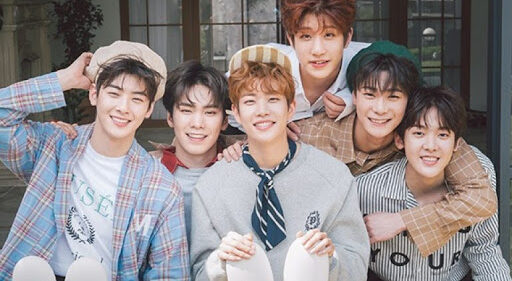 After making their comeback with “Gateway”, whose lead single was “Knock”, the boys are in the midst of promotions for their new album.

The group debuted in February 2016 and since then have won Aroha’s heart, so they decided to give them a big surprise to support them during their future activities: a new lightstick.

Through its social networks, ASTRO revealed the image of version 2, whose lamp has the same design as the previous one, a purple 6-pointed star, but now it is wrapped in a transparent capsule.

The boys announced that the pre-sale of this new version will take place from May 11 to 25, Aroha will have the opportunity to obtain stickers specially designed by the members if they buy it before the official launch date.

Aroha has shared his emotion for the new design of the lightstick, since for 3 years that ASTRO revealed the first version, in addition, they can decorate it as some fans usually do, by placing flowers inside the capsule.

Aroha continues to support the comeback, as the boys continue to promote “Knock” at music shows.

The boys have already celebrated the launch of “Gateway”, now the new design, but they have also taken the time to celebrate the birthday of one of its members, Eunwoo turned 24 and his fans gave him all the love on that special day.

The actor reveals behind the scenes of the next season

Andrea Valdiri Makes You Delirious With Her Most Natural Side