Home Celebrity ASTRO: JinJin and Rocky prepare an album, what you should know about... 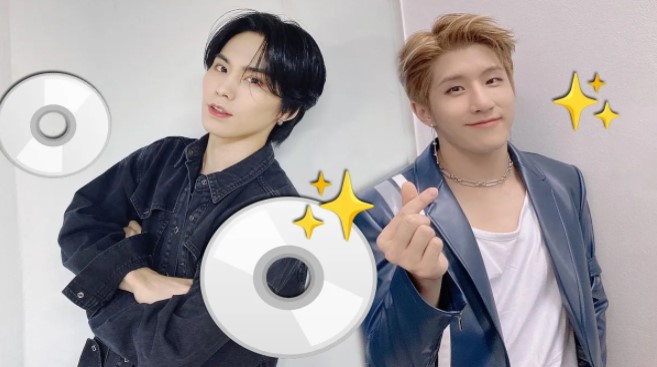 The new year will begin with more music and surprises, JinJin and Rocky will present their first album together and thrilled everyone with a teaser for Restore.

After enjoying Moonbin and Sanha’s debut as a sub-unit, AROHA is enlisting to continue discovering new facets of ASTRO members, and that’s why the Fantagio Music announcement made everyone happy.

JinJin and Rocky will be the next to surprise us with an alternative project to the group, because this time they will show their music as a subunit that is exciting everyone, can you imagine what the music they will present will be like?

After the announcement of this musical release, some details of the premiere were revealed thanks to a colorful and fun teaser, so we want to tell you everything you need to know about this album based on what has been revealed so far.

As you read it, this sub-unit’s mini album will be named Restore. Both idols are in charge of rap within ASTRO so we can expect a lot of energy in the songs they enlisted.

The rap line presented a first teaser for its record material, it is an image with movement where color plays a very important role, as it transmits an animated and even fun vibe, very much in the style of cartoons.

The poster is made up of two parts, the first of them shows us two drawings enjoying themselves to the maximum outside, while in the second they appear inside the house while one of them looks ill.

WHEN IS JINJIN AND ROCKY’S RESTORE RELEASED?

The mini album of this ASTRO sub-unit is scheduled to be released on January 17th, so during the next few days we will be able to discover more trailers, tracks and teasers of what the record material will be.

In other K-Pop news, we told you that SEVENTEEN guys wear matching rings and have a special meaning for them, what do they symbolize?

Game of Thrones: this actress who could star in House of...