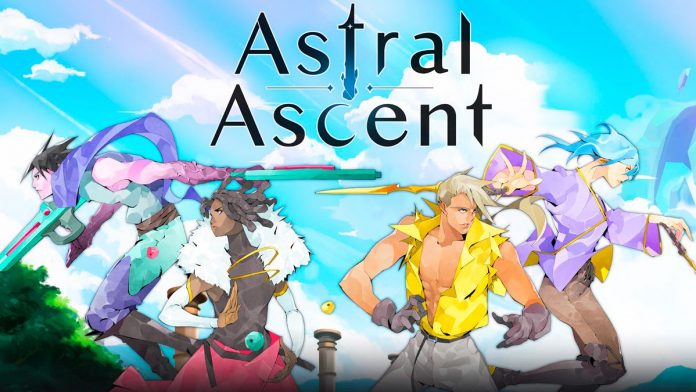 The financing campaign begins this March 29. We know the ambitious 2D roguelite from Hibernian Workshop and how it is developing.

Hibernian Workshop has kicked off Astral Ascent’s KickStarter campaign. The authors of Dark Devotion are looking for support to materialize their new project, the largest title to date for this French team based in Angoulême. After the success of his latest work, this small group of developers —all working from home, telecommuting— presents a 2D roguelite platform designed to be enjoyed alone or in a cooperative; a fantastic world threatened by 12 mystical bosses called Zodiacs.

What is Astral Ascent

MeriStation has been able to attend a digital presentation of Astral Ascent where its main managers, Louis Denizet and Alexandre Magnat, have shown us an extensive gameplay to know what this video game is and what the creative purposes of the study are. Planned to arrive sometime in 2021 for PC, PlayStation 4, and Nintendo Switch, Hibernian Workshop began work on the work in late 2019. For this year and a half, the studio has been fully committed to remote work to facilitate the Family conciliation and flexible hours. The goal is to achieve your goals, but not in any way. Their experience with KickStarter in the past created comfort for the future; For this reason, this time they are betting on crowdfunding again.

This is how Astral Ascent was born, a title that combines the jumps typical of two-dimensional platform games with the roguelite structure and a slight metroidvania touch where we can choose a total of four different heroes — Ayla, Kiran, Calie and Octave. The reason for choosing more than one protagonist is not only due to plot reasons, but also playable. Each one has its own gameplay, its abilities and, of course, also a separate story. Getting acquainted with each one will take time, so each hero feels, kind of like, like a reboot.

During the presentation several concepts stood out by its creators: spells, exploration, fighting and fantasy. “Replayability is part of the story,” they insisted. Once we start the game we will find ourselves in Jardín, an astral prison protected by twelve mystical Zodiacs bosses from which we must escape. “As you get stronger, you will discover more about each character, his motivations and the secrets of the world in which they are trapped.” The narration of the story is told through the gameplay itself, something that we have already seen in recent successful works such as Hades, where each attempt hid a surprise, a detail that we did not know before.

But encouraging that replayability cannot depend solely on the story. Astral Ascent is, above all, a video game. The use of the unique spells for each character forks each hero with his own assortment of abilities and the possibility of improving the attributes and characteristics. The optimization of resources that we find in the scenario and our ability to avoid threats will be the keys to face the confrontation against each boss. In a way, Astral Ascent has reminded us – saving the distances – to the structure of video games like Mega Man, where each zone end involved the confrontation against a final boss. Here we will have a dozen of them, the so-called Zodiac guardians, which are divided into four great worlds at the same time.

Precious, surprising in animations and emphasis on replayability

Although they could not tell us how long they expect the game to last, the fact of being able to multiply the experience by four, the sum of attacks, patterns, attributes and stories can extend the adventure in a superlative way. Hibernian Workshop raises this vision both solo and cooperatively with up to two players. From what we have been able to see, the truth is that it works wonderfully because of the visual coverage that occurs at all times on the screen and, above all, how extremely beautiful the title looks on the screen, with animations that are obvious from the amount of small details drawn in the modeling of the heroes. To make matters worse, the soundtrack is provided by Dale North (Wizards of Legends, Marble Knights), an expert in fantastic compositions. It should be noted that those who opt for the Steam version will be able to use the Remote Play functionality.

How The Last of Us, Part 1 Increases Accessibility in Games