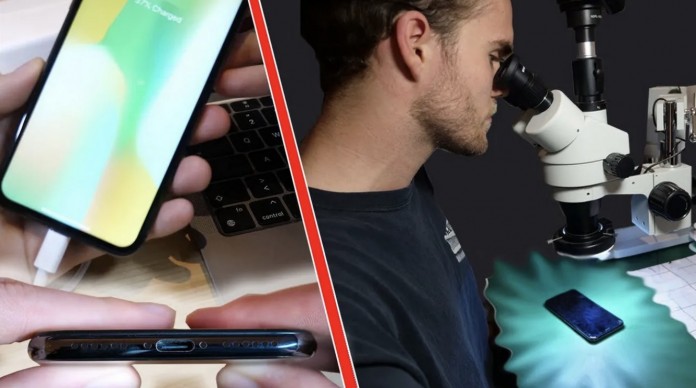 The world’s first USB-C port iPhone model continues to double its price in the auction held on eBay.

Ken Pillonel, who continues his studies in the field of Robotics within the Federal Institute of Technology living in Switzerland, managed to develop the world’s first USB-C input iPhone X. Explaining how he made this modification in the past days, Pillonel seems to get the fruit of this work, at least financially.

For years, Apple has not used USB Type-C in any iPhone model, except for the iPad mini and a number of similar new products. While users are eagerly waiting for Apple to switch to the USB-C standard in the new period, Ken Pillonel, who is not satisfied with just waiting, has officially implemented the project he has been working on for a long time. Publishing a video on his YouTube channel, Pillonel, nicknamed Kenny Pi, announced that after months of work, he modified the Apple iPhone X and integrated the USB-C (Type C) input. iPhone X with USB-C port, which we announced yesterday that it was offered for sale on eBay and that its price has increased periodically, doubled its price before even 24 hours had passed.

The million-dollar offer for iPhone was withdrawn!

The device, which received an offer of $ 4,000 when it was first offered for sale on eBay, saw $ 80,000 in about 12 hours. While preparing this article for you, a full $1 million offer was made to the device from an anonymous account, however, the user who made the offer withdrew this offer after a short while. The current price of the device is exactly 84 thousand dollars.

The last bid date for the modified iPhone X, whose sales price has reached a crazy level as of now, is November 11, 2021. It may even be the most expensive phone in the history of the world at this rate, which reached serious figures on the second day.

Kenny Pi, who modified the phone, said that the person who bought the device; He wants him to guarantee that he won’t delete, update, or restore anything inside the iPhone X. The seller, who said that he would not accept any responsibility if the device was used as a daily phone or disassembled, wanted it to be known that this is just a prototype.

So what do you guys think about the $1 million offer the device received? Do not forget to share your views with us in the comments section.

Outlander: First photo of Sam Heughan and Caitriona Balfe on the...