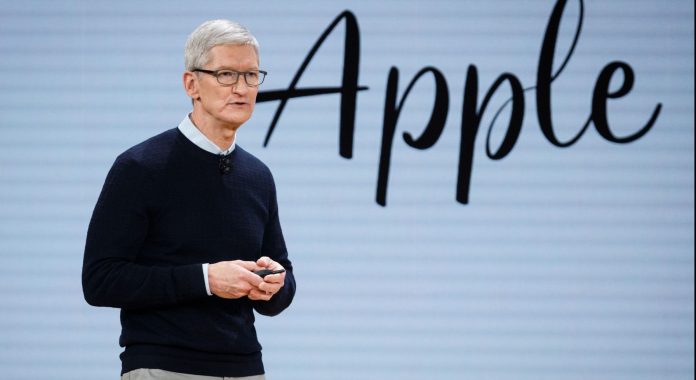 Tim Cook announced the money he earned in 2020 with the report he gave to official institutions in the USA. According to the report excluding money from stocks, Cook earned about $ 14.8 million in 2020. While this money is only $ 3 million in salary, Bloomberg says the net income is over $ 1 billion.

Tim Cook, who has been CEO of US-based technology giant Apple since 2011, reported to the United States Securities and Exchange Commission last year. With this report, it was revealed how much money Cook earned in 2020. Tim Cook has made millions of dollars in the past year, according to the report that excludes the money earned from the rise of Apple’s stocks.

Tim Cook received a salary of $ 3 million over the past year, according to official data. Even this salary alone may have been too high for you. However, for Tim Cook, we can say that this money is paid to the camel. Because Apple also makes additional payments to its staff who have been CEO for about 10 years. In this context, Cook received an extra payment of 10 million 731 thousand dollars within the scope of performance incentives over the past year. However, this amount of money was not something that was taken randomly. The performance of Cook and his team in 2020 and exceeding the set targets brought the CEO 10 million dollars.

Apple requires Tim Cook to use private jet: expenses covered by the company

With the data we have announced so far, the money earned by Apple CEO last year was 13 million 731 thousand dollars. However, the money Cook received from Apple is not limited to this. So much so that giant companies generally cover the expenses of their employees. This situation, which is also valid for Apple, was reflected in Cook as 1 million 38 thousand 259 dollars. So what kinds of items were in this money, which was categorized as “other compensations”?

Apple spent $ 432,564 in 2020 for Cook to travel. The company, which requires its CEO to use a private jet for security reasons, covers both vacation and business travel of Cook from the company’s budget. Apart from that, Cook’s health insurance, money spent on their protection, and other expenses on holidays were covered by Apple itself. All these pens cost Apple 1 million 38 thousand 259 dollars. When all these are added up, the total money Tim Cook earned in 2020 was approximately 14.8 million dollars.

At the beginning of our news, we mentioned in the report submitted to the United States Securities and Exchange Commission that they do not have stocks. But it was already known that Cook purchased $ 100 million of Apple shares to remain CEO until 2025. Although Cook has occasionally sold stocks, Bloomberg says that according to his calculations, Cook’s net earnings in 2020 could be over $ 1 billion.

Finally, we need to clearly state that the figure Cook earned on paper was higher in 2018. The company earned $ 3 million in salary that year, as well as $ 12 million in performance incentives. Cook, who traveled less in 2019, had a revenue of over $ 600,000 in other compensation items. Accordingly, Cook’s money earned in 2018 was around $ 15.7 million.

Lauv reveals if he plans a new collaboration with Jungkook