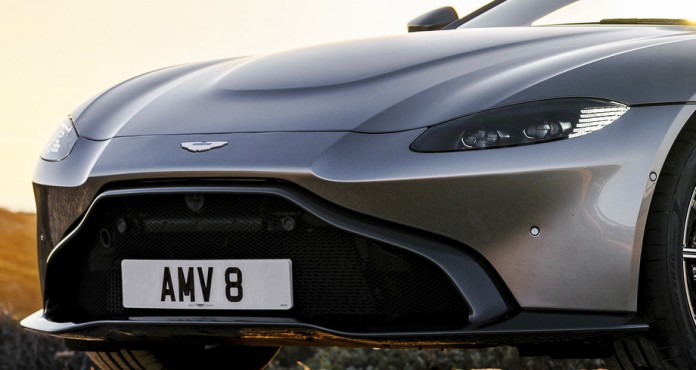 Aston Martin has renewed its iconic model Vantage for the last time. Introduced at today’s launch, the car appeared as the most powerful of the model. The last Vantage, which was produced with 333 units, was sold out before the end of the launch…

UK-based automobile giant Aston Martin has renewed one of its iconic models, the Vantage. This renewal was very important for the company as the Vantage will not be produced again. In other words, the car you will meet shortly will be the last member of the model. So, what will the last Vantage, which is very special for Aston Martin, promise to consumers?

The renewed Aston Martin Vantage has a very stylish design and looks like a worthy finish has been made. Because the Vantage, which has been very sporty for generations, is also very sporty in its last generation. The curved structure, very large grille, internal body kit and lighting that covers the whole rear are the highlights of the Vantage’s design.

Introducing the Aston Martin Vantage, introduced for the last time

When we look at the interior design of the Aston Martin Vantage, we see that luxury and sportiness are combined. The digital display on the back of the steering wheel with leather trim and angular design appears in a structure where dials are added right in the middle. There is a relatively small multimedia screen on the center console, where buttons for each gear are used instead of the gear knob. Carbon fiber coating and red details also enrich the interior design.

Launching for the last time, Aston Martin Vantage has emerged as the most powerful version to date. Equipped with a 5.2-liter twin-turbo V12 engine, the Vantage has a full 700 horsepower. The torque value of the car was recorded as 753 Nm. Using ceramic brakes to restrain this enormous power of Aston Martin Vantage, which completes 0-100 km/h acceleration in just 3.5 seconds, engineers state that the braking system works efficiently even at 800 degrees Celsius. Let’s say that the maximum speed of the vehicle is 332 km / h.

Aston Martin’s apple of the eye, only 333 were produced. However, it is too late to have this dream car. So much so that all 333 vehicles were sold at launch. In the statements made by the company, the deliveries will be made in June 2022 and later. Vantage said goodbye to the industry with today’s launch…

Bob Dylan is Accused of Sexual Abuse; Case Would Have Happened...

Twitter will include an undo button, but it will be paid