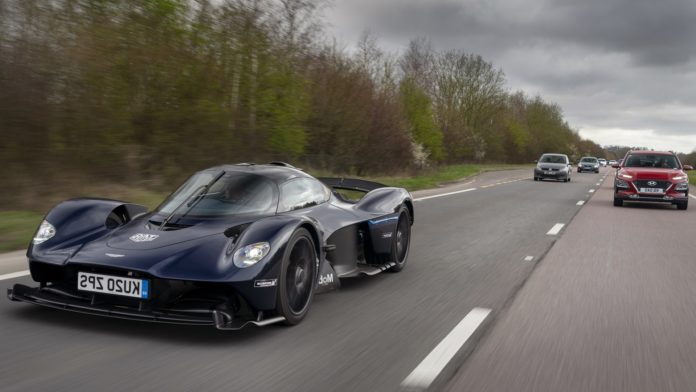 Aston Martin started testing his hyper car, Valkyrie, on the road, as strong as Formula 1 vehicles. The automaker shared the test images of the vehicle on public roads.

Aston Martin continues to develop the hyper car Aston Martin Valkyrie, which can be used legally on the roads. The British automaker began testing the car, which will be launched this year, on the highways as well as on the race tracks.

Aston Martin will produce only 150 from Valkyrie. So few people around the world will have the chance to own this car. According to rumors, the price of Valkyrie is $ 3.25 million and all vehicles have already been sold.

Aston Martin will produce the Valkyrie AMR Pro version, which is faster than many F1 and LMP racing cars, as well as Valkyrie. This vehicle will be produced only 25 units and deliveries will begin later this year.