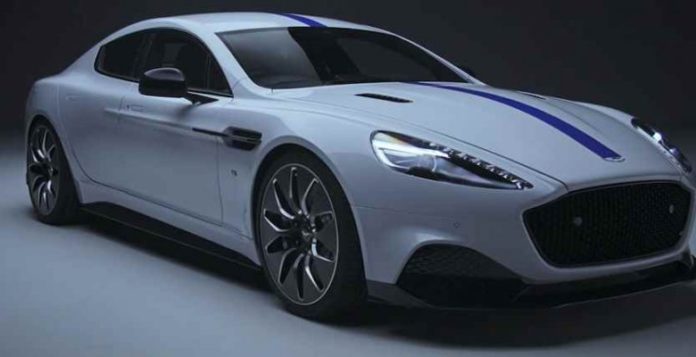 Aston Martin officially postponed their plans to launch their first electric car, Rapide E, indefinitely. This is because Aston Martin left a bad year behind.

Aston Martin has officially announced that it has postponed electric car plans that it previously announced. It was noteworthy that the announcement came after Lawrence Stroll, boss of Racing Point, one of the Formula 1 teams, bought about 20% of Aston Martin’s for 500 million pounds.

2019 was a very bad year for Aston Martin:
Aston Martin CEO Andy Palmer evaluated “2019 is a very bad year” as the reason for the sales and postponement news. The company closed 2019 with a loss of 100 million pounds despite increasing sales.

Aston Martin; announced the new investment after the extraordinary board meeting held today. In addition to Stroll’s proposal, the proposal of the newly developing Chinese auto giant Geely was evaluated at the meeting. The Financial Times wrote that Geely’s offer could increase the speed of Aston Martin’s electric vehicle production.

Palmer noted that he is a great supporter of electric cars, and noted that Aston Martin will focus on a hybrid car in the near future. Noting that Aston Martin’s competitors, for example Porsche, were not going to launch electric vehicles before 2025, the company CEO claimed that they had a similar schedule with their competitors.

Rapide E first appeared in 2015, and the car’s first prototype was produced in conjunction with Williams Advanced Engineering, the technical arm of the Williams F1 team. Soon after, Aston Martin announced that they will produce the vehicle in partnership with Chinese technology giant LeEco. However, when LeEco went bankrupt in 2017 due to its debt, Aston Martin had to reduce the size of the Rapide E plans.

More Than 2.2 Million Species Have Connections Mapped On An Interactive...