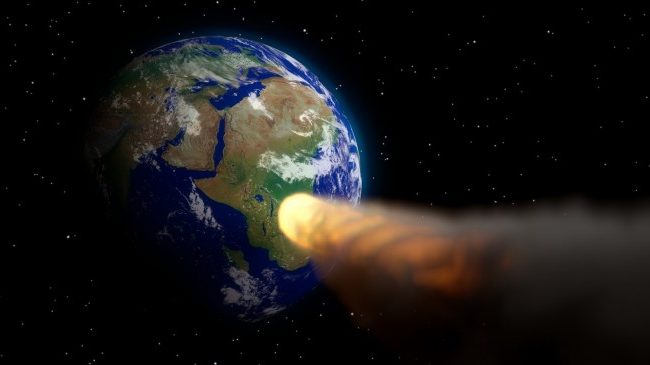 A meteorite that hit our planet 13 thousand years ago had sent the world once again to the ice age. Facing the danger of extinction of people, this disaster was observed by the tribes living at that time.

About 13 thousand years ago, our planet, which was rotating around the Sun itself, entered the ice age again as a result of a meteorite crash. While the human population decreased very much during this period, some species also disappeared.

It turned out that the sky that started these events might have been observed by a people living in the region we know as Syria today. The findings were turned into an academic study.

People of the period witnessed a collision
According to the article published in Scientific Reports, researchers found glass samples of the kind that emerged with a high-speed collision in their work in the region. What reveals these examples may be a meteorite.

The excavation area called Tel Abu Hureyra is located in the Euphrates valley in Syria today. According to the researchers’ previous studies, this region hosts an abandoned settlement 5,000 years ago. It was also determined that there were chromium, iron, nickel and other substances occurring in the region at temperatures above 2,200 degrees.

According to the research, glass samples in the region are not ordinary samples. These structures were defined as the structures formed by “melting and evaporation of regional biomass, soil and river banks almost instantly and then cooling down immediately”.

“Incredibly rare” elements give clues
According to the scientists’ explanation, materials that are discovered in the region and that are encountered “incredibly rare” under normal conditions are also indicative of the collision. Because such materials can be formed at high temperatures arising in collisions.

According to the research, there was not a single major collision in the region. The falling celestial body shattered and hit several different regions. Researchers found that parts fell along a 14,000-kilometer line.

Previous studies have also suggested that the last global ice age began after a meteorite crash. Similar observations were made in North America, Europe, West Asia, Chile and South Africa.

Bomb Claim: Google applied for a license to work with Huawei

What is the reason for Bitcoin’s Red Alert?

Find out if an imported mobile phone is Original or fake

Skeletons that shed light on the Darkness of Slavery in Mexico

At least how many people will be needed to establish a...