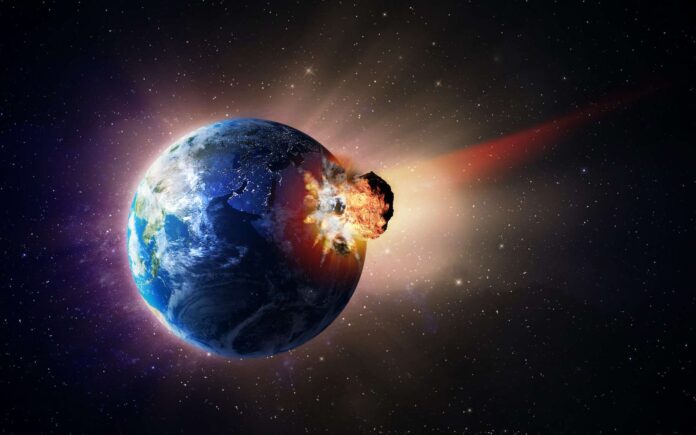 About 65 million years ago, an asteroid struck the Earth, causing the extinction of the dinosaurs. In Chicxulub (Mexico), researchers dug the impact crater left by this asteroid. They discovered that the shock gave birth to a large and persistent hydrothermal system. Proof, according to them, that such impacts could, at the beginning of the history of our Planet, provide life with an environment favorable to its development.

In Mexico, the Chicxulub crater is the witness of a cataclysm that struck our Earth. The impact occurred some 65 million years ago … marking the end of the reign of the dinosaurs on our Planet. A new study shows today that the crater may have housed a large, persistent hydrothermal system. What imagine that powerful impacts occurred earlier in the history of the Earth could have been the crucible of an early microbial life on our Planet.

A few years ago, researchers from the Lunar and Planetary Institute (United States) observed on the ground, layers of rock bearing signs of impact, and then crossed by veins of new minerals. They had suggested that hot fluids had circulated under Chicxulub.

In 2016, the researchers drilled the crater 180 kilometers in diameter to a depth of more than a kilometer below the ocean floor. And the rock samples they brought up testify to the thermal and chemical modifications undergone at the time by the earth’s crust. They show that the crater sheltered a vast hydrothermal system which affected more than 100,000 km3 of earth’s crust.

A large and persistent hydrothermal system

The team found evidence that rivers of groundwater were heated between 300 and 400 ° C and went up to the limit between the bottom of the impact crater and the bottom of the Yucatán Sea. Hot water trickled around the edges of a basin about 3 km thick from magma generated by the impact, percolated through the fractured rock and rose to the bottom of the sea where it poured into the sea.

See Also
Lightning may have sparked life on Earth

It took a long time for the system to cool down with such starting temperatures. At least 150,000 years, researchers estimate from the magnetic memory of the tiny minerals formed in the crater but also relatively thanks to the abnormally high concentration of manganese in the sediments of the seabed. “Like mid-ocean ridges, ventilation of marine impact craters generates hydrothermal plumes that contain dissolved and slowly oxidizing manganese,” said Axel Wittman, a researcher at ‘Arizona (United States), in a press release.

Like what happens with volcanic hydrothermal systems, the work of researchers at the Lunar and Planetary Institute shows that this other type of hydrothermal system is likely to constitute a habitat for microbial life. “Additional evidence for the hypothesis that life on Earth evolved from impact craters that occurred early in the history of our Planet,” notes David Kring, the study’s lead author. Even if no trace of past microbial life has yet been discovered in the crater of Chicxulub.

A creature with plastic inside was found 11 kilometers below the...