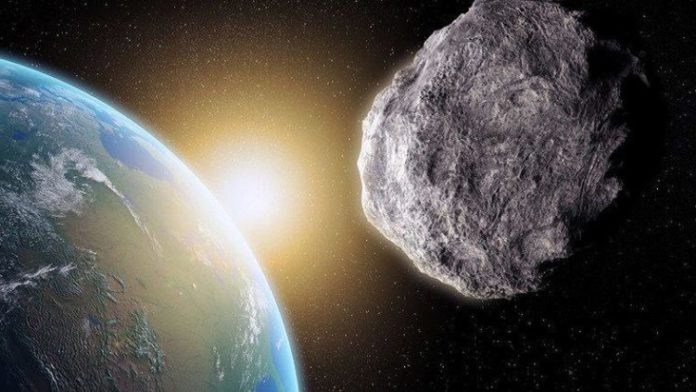 Space agency NASA announced that an asteroid that has been tracked for a while will make its closest transition to Earth at 21:00 tomorrow. The asteroid, whose size is estimated to be between 19 and 42 meters, does not pose any threat to our planet.

An asteroid, estimated to move at 48,278 kilometers per hour, will pass near our planet tomorrow. The asteroid’s flight had been tracked by NASA’s Center for Near Earth Research in California (CNEOS) for a while. At this point, the space agency named this asteroid, which will make its closest transition to Earth tomorrow, ‘2020 FW5’.

Even though the 2020 FW5 will make its closest transition to our planet at 9:00 PM on Saturday, March 28, this transition will come ‘close’ to us only compared to the rest of the Solar system. In other words, the asteroid will actually be millions of kilometers from Earth. At this point, NASA called the asteroid, an object close to Earth (NEO), whose size was estimated to be between 19 meters and 42 meters, but stated that it did not pose any threat to our planet.

Asteroid will pass 3.57 million kilometers from Earth:
Stating that NEOs may sometimes approach the Earth in the orbit of the Sun, NASA also underlined that an astronomically ‘close’ transition can actually be millions of kilometers away. This asteroid, called 2020 FW5, will make its transition tomorrow about 0.0238 astronomical units from Earth.

Although it is known that NEOs like the 2020 FW5 often pass near Earth, they rarely hit our planet. However, NASA says that an asteroid or comet that is currently on a collision course with Earth is not detected. The space agency also estimates that an average car-sized rock hits the planet about once a year, but it burns before it reaches the earth.

This is the visual appeal of RM that made ARMY fall...

PS5: First look at the covers of Returnal, Demon’s Souls

TWICE’s Jihyo turns 15 since her arrival at JYP Entertainment