Home Entertainment Asterix & Obelix: Slap Them All! is a new 2D 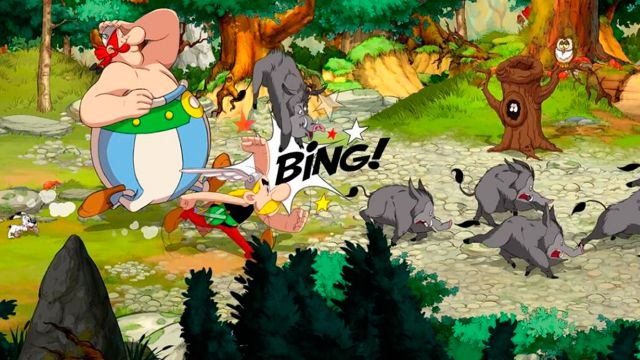 Meridiem Games and Mr. Nutz Studio present a new classic beat’em up starring the most famous French couple in comics.

Asterix & Obelix: Slap Them All! is a new 2D beat’em up action video game in the style of the great classics of the genre that will arrive in autumn 2021 on PC, PS4, Xbox One and Nintendo Switch. This has been presented by those responsible, Meridiem Games and Mr. Nutz Studio, sharing a first teaser trailer that you can see heading this news along with the first screenshots. In addition, it has been confirmed that it will arrive with the voices in English, French and German and the texts, this time, in Spanish.

Thus, and unlike the latest adaptations to the video game of the Aterix & Obelix franchise, we are not before a three-dimensional action adventure with platforms, but rather a beat’em up in the purest style of the classics of yesteryear, with 2D graphics and constant battles against all kinds of enemies typical of the adventures of such a famous French couple.

Asterix & Obelix: Slap Them All! bet on a very respectful staging of the original material from the comics; Not in vain, the game aims to get closer to the classic comics with its characters, settings and hand-drawn animations, a tribute to the 2D classics, according to its creators. The game will also feature a local two-player cooperative mode beyond the single-player mode.

“Get ready to test your bravery! This new adventure is set in 50 BC. with Gaul totally occupied by the Romans in the absence of a small village where the indomitable protagonists resist. Play as Asterix and Obelix and travel to the most emblematic places of the comic series while you fight against Roman legionnaires, pirates, bandits and even the feared Normans ”, we can read in their official description.