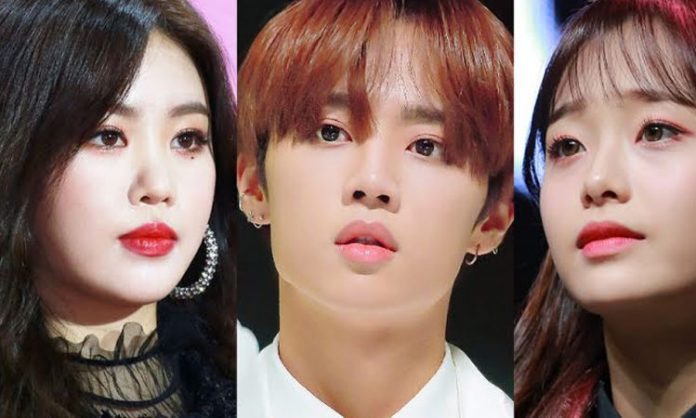 First, the organizations apologized for the problems related to school violence and pledged to support the victims if the allegations were substantiated. However, they urge the public to refrain from acting against celebrities based on unconfirmed rumors, citing damage to the industry and the relevant team.

We leave you the statement below:

First, we bow our heads in apology. We feel more deeply than anyone that some of the pop culture artists (referred to as celebrities from now on) have been caught in community criticism for issues of school violence that occurred in their school days.

Although they may have been immature and young before they became celebrities, the severe wounds inflicted on victims are irretrievable and the reality is that they take a long time to heal. We offer our condolences to all who have been harmed by this. Furthermore, if the matter seems to be true, we believe that the responsibility should rest entirely with the celebrities.

However, we want to appeal to recent situations that not only affect celebrities who have been exposed for their crimes, but will also affect the popular culture industry as a whole. Therefore, we are desperately requesting the public’s benevolent understanding.

First, with regard to the activities of the famous perpetrators. If they suddenly leave the show in the middle, re-recording is inevitable, as the existing footage must be canceled. This will cause great anguish to the team that worked hard on the project, as well as to the other celebrities involved.

This is not everything. The huge production costs of the programs are also wasted, creating another problem. This will generate losses for the companies involved, such as broadcasters, producers and entertainment industries. I hope you don’t see this as a mild problem, as it is a major blow to the Korean pop culture industry, and that you also take into account the damage and pressure it puts on the industry.

I mean, this is not how we are against exposing celebrities who commit school violence. However, without strict investigations of the truth, it will be a fatal blow to celebrities and the industry. Instead, as we acknowledge the seriousness of the matter, we hope that these issues can be reasonably resolved reliably, so that no unnecessary harm occurs.

First, we will be active to help heal the victims’ pain. If the celebrity is found guilty, we will put ourselves in the victims’ shoes and do our best to resolve the issue.

Second, the industry will actively participate in the preparation of countermeasures and self-reflection. We will make a presentation on educating celebrities about social responsibilities and obligations through relevant organizations.

Third, regarding unfounded rumors, we will respond calmly and carefully to questions to minimize damage to the industry and protect the artists involved. If celebrities are falsely accused, we will do our best to resolve the misunderstanding and protect the honor of the relevant parties by explaining the confirmed facts to the public.

Finally, the organization also makes a request to the press and the media, asking them to refrain from making unilateral statements that harm the industry and the celebrities involved. They also pleaded with broadcasters and producers to reconsider any hasty decision to remove celebrities based on public suspicion.

What do you think of these statements?

Bam Margera returned to the rehabilitation center, but what did the...