Home Tech Assassin’s Creed Vallhalla: How to get Isu’s publication 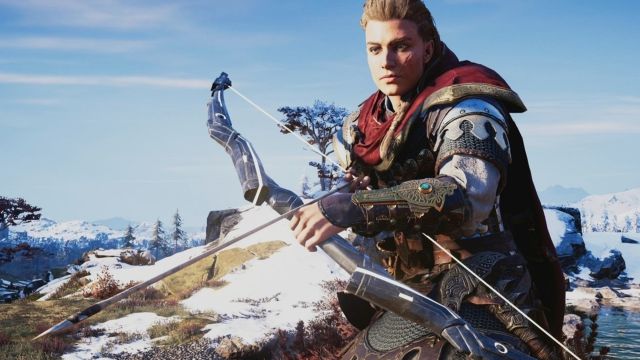 This weapon of the forerunners was recently detected by a user who managed to get hold of it using an unorthodox method.

The powerful Isu arc brought to light thanks to a hack is officially available in Assassin’s Creed Valhalla, the latest installment in the popular Ubisoft saga. The problem was, no one had figured out how to do it. However, the community has got down to work and has managed to unravel this mystery. And it is no small matter, since deciphering it has required enormous efforts and not a little ingenuity. Members of Access the Animus have posted a step-by-step video explaining how to unlock the weapon.

Ubisoft Montreal has hidden this artifact with zeal, to the point that users have had to decipher and translate runes of the Isu (the alien race that is part of the lore of the saga) to obtain the desired results. The funny thing is that these runes were not found directly in the game, but were part of the box of the Collector’s Edition of the title. Then they achieved partial success, but it was not until the arc has been discovered that they have found the final key.

Not everything is resolved

The developers have created a linguistic code exclusively to make this puzzle. As published by Eurogamer, the message that appears on the box of the Collector’s Edition is the following: “The sword is the key.” An image of a certain sword is included, as well as numerical coordinates, while rune lithographs reveal a hidden message when put together. As you do so, a sun icon also appears. The coordinates are the only part of the puzzle that has not yet been fully deciphered.

The aforementioned arch of the Isu was recently discovered in an area of ​​Northumbria. By mistake, players could get it by hitting a seemingly innocent pile of rocks, which triggered a hack. Now you can finally get it using the correct method.

Assassin’s Creed Valhalla has been available since last November on PS4, PS5, Xbox One, Xbox Series X, Xbox Series S, PC and Google Stadia. The studio is working on the two story expansions, which will take Eivor to the gates of Paris and to the land of the Druids in Ireland.