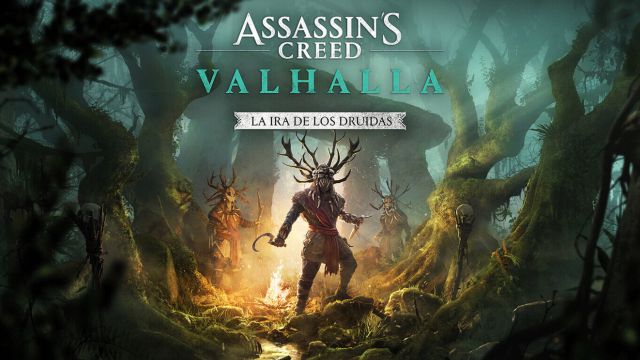 Assassin’s Creed Valhalla: The Ubisoft Montreal title is expanded with new stories starring Eivor, who travels to Ireland to participate in the game of thrones. Eivor and his clan set out on a journey to England, the land of Christians. They left their native Norway in search of a new home. After allying with kings and lords, the raven emblem was placed in many of the British territories, but the adventure is not yet over. Assassin’s Creed Valhalla premieres Wrath of the Druids, its first major expansion, which will be available from May 13 on PS4, PS5, Xbox Series X, Xbox Series S, PC and Google Stadia. In MeriStation we have already had the opportunity to access the DLC, so we bring you our final impressions.

As soon as you download the content pack, the game informs us that an emissary has arrived from Irish lands. He is in the settlement, so Eivor prepares to receive a visit, already as head of the clan. The informant tells him that the King of Dublin requires his services, so he requests that he appear in Ireland shortly. The Viking is reluctant at first, but changes his mind when the identity of the monarch is revealed. The ship hoists the sails and sets sail from the harbor towards a place of mystery cults, torrential rains and lush and bewitching forests, the home of the Druid shamans.

In the first hours we return to participate in the game of thrones. Without revealing anything important about the plot, we will say that the reign in Dublin is not safe, far from it. In addition to Christian conspirators, opposing Viking clans operate to depose kings, as do some forces that lurk in the shadows. The most important thing for Eivor and the sovereign is to secure the support of Flann, who is to be crowned King of all Ireland. Winning his favor will be one of our main missions.

In Immortals Fenyx Rising, Ubisoft has experimented with expansions, to the point where the third of them radically changes some core mechanics, such as the combat system. Wrath of the Druids is a much more continuous product when it comes to mechanics. Therefore, the exploration, the combat system and the way of interacting with the world and the characters is practically the same as in the base game, with all its strengths and weaknesses. Drinking minigames, monastery raids, watchtower syncing, treasure hunts, and more are back. The map is large enough to house all of this, not to mention the many challenges, side quests, Druid enemy archetypes, romances, and unreleased abilities found in the Books of Knowledge.

The study claims that only 6% of popular games have female...